Andreessen Horowitz and other investors acquire a majority stake in the Internet communications client Skype for $2.75 billion, an investment many consider risky. Andreessen has called Skype one of the most important companies on the Internet. Two years later, Microsoft will acquire Skype for $8.5 billion.

Ebay sells Skype at a value of $2.75 billion to Silver Lake Partners, which includes Joltid, the Canada Pension Plan Investment Board, and Andreessen Horowitz. SLP acquires a 70 percent stake in the Internet communication company. Andreesen notes:

Skype is gigantic and yet still a relatively small percentage of international call volume. This is, and ought to be, one of the most important companies on the Internet.

We want to make the process as transparent as possible, which is to say, we want to take all the mystery out it. And it is online for everyone to understand.

The documents are designed for early rounds between $500,000 and $1 million.

Gur leads the round that includes Arrington, Conway, Andreessen Horowitz, and others for $1 million for the location-based app, which alerts people when someone in their circles is nearby.

Vanity Fair names Horowitz and Andreesen to its 2011 New Establishment list, which identifies those individuals making contributions as

The Age of Information gives way to a burgeoning Age of Technology. 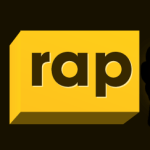 The firm invests in Rap Genius, a site which provides annotated rap lyrics. The investment is announced in an annotated press release on the site by Andreesen which recognizes Horowitz’s love for the genre:

Given that Rap Genius is a web site where people explain rap lyrics, and given that my partner Ben is a noted rap fanatic, your first reaction might be, “That Horowitz guy has completely lost his mind.” I, on the other hand, find rap every bit as comprehensible as ancient Mesopotamian. That’s why I’m writing this blog post – not him.

Mesosphere, a startup founded by Twitter and Airbnb engineers, closes $10.5 million in Series A funding led by Andreessen Horowitz. Twitter runs its private datacenters on Mesos, where it is credited for eliminating the ‘Fail Whale,’ while Airbnb and HubSpot use it to manage their Amazon cloud infrastructures. eBay, Netflix, OpenTable, PayPal, and Shopify also use the technology:

The company’s mission is to accelerate adoption of Apache Mesos by providing new enterprise products and commercial support for the open source software that lets organizations manage their datacenters and cloud resources like a single machine.

The investment firm announces a $90 million investment in the enterprise management, that helps IT professionals secure and manage devices.

Andreessen Horowitz is reported to lead the round. It isn’t clear if the rumored valuation is pre- or post-money.

Andreessen and Andreessen Horowitz are profiled in an article in the New Yorker titled, Tomorrow’s Advance Man.

Entrepreneurs want to raise money from us, so the natural thing when we say ‘What if you did this?’ is to tell us what we want to hear. But we don’t want to hear what we want to hear. It’s a delight when they look at you with contempt—You idiot—and then walk you through the idea maze and explain why your idea won’t work. At the same time, we’re not funding Mother Teresa. We’re funding imperial, will-to-power people who want to crush their competition. Companies can only have a big impact on the world if they get big…Deal flow is everything. If you’re in a second-tier firm, you never get a chance at that great company.

Breakthrough ideas look crazy, nuts. It’s hard to think this way—I see it in other people’s body language, and I can feel it in my own, where I sometimes feel like I don’t even care if it’s going to work, I can’t take more change. O.K., Google, O.K., Twitter—but Airbnb? People staying in each other’s houses without there being a lot of axe murders?

Chris Dixon argues that we’re in the magical-products business—that we fool ourselves into thinking we’re building companies, but it doesn’t matter if we don’t have the magical products. Over twenty years, our returns are going to come down to two or three or four investments, and the rest of this [gestures at the building and staff] is the cost of getting the chance at those investments. There’s a sense in which all of this is math—you just don’t know which Tuesday Mark Zuckerberg is going to walk in.