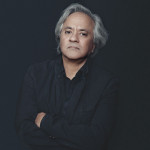 Kapoor gives an interview to The Talks. He discusses what art is about, his work being introspective, and what made him want to be an artist.

I always have been introspective. It’s like going to the psychoanalyst, where you lie on a couch and say, ‘I feel terrible about this,’ and then suddenly there is this whole thing in the room and you think, ‘Look what’s happened, it’s all here!’ Even the very big work that I made at the Tate that was called Marsyas. I called it that in a way of course on purpose because it’s the myth of the flaying of the man Marsyas by Apollo. The object itself, this stretched form, is referring to an interior. It’s like a stretched skin.