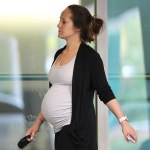 Hebert and Rosenbaum are expecting their first child together. Their child is due this fall.

They are both so thrilled. J.P. is especially excited; they have wanted this for a while.

Hebert appears on the cover of People after feeling blindsided by a shocking betrayal. She discusses how she felt after finding out Womack’s ill intentions towards her.

I’m extremely humiliated. And though he’d also quipped on-camera that he’d “rather be swimming in pee than plan a wedding with Ashley,” it was the Emily comparison that truly stung. When he called me an ugly duckling, that’s just too much. He had intentions to really hurt me-and he did.