Mahone performs the U.S. National Anthem at game one of the NBA Finals between the Miami Heat and San Antonio Spurs. 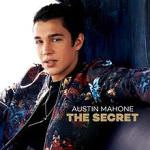 Mahone releases his second EP titled The Secret. The album has eight tracks including two bonus tracks The One I’ve Waited For and Shadow. The EP was produced by Bryan Williams, Ronald Williams and David Abram.

There is one song on there called All I Ever Need that I wrote myself, so that’s pretty cool. I was in my bathroom, and I wrote it in there, and I just got the idea and I just started writing … I write a lot of my songs in the bathroom. It’s really strange, but whatever works, right?

Mahone guest stars on the CBS sitcom The Millers. Mahone plays a teen version of character Adam—played by Nelson Franklin—during a flashback scene.

My role in The Millers came about because they asked me to be on the show and I hadn’t really done much acting but I was excited about it because I like to act. Basically my role was one of the guys from the show sticking up for himself and I thought the character was real nerdy in a school bust-up and that was pretty interesting.

Mahone performs Mmm Yeah on Good Morning America from his album The Secret.

Mahone releases the single Mmm Yeah, a collaboration with Pitbull.

Ah, Pitbull is amazing! Nicest guy and he has so much energy in the studio!

Seacrest interviews Mahone during On Air With Ryan Seacrest about a possible collaboration with Drake.

It hasn’t happened yet, but that’s one of the things on my bucket list I want to cross off. He’s one of my biggest inspirations, so I’d love to have a song with him.

Mahone releases the single Banga! Banga! The song is a collaboration between Mahone and writer Sean Garrett.

Mahone performs live on the red carpet of the Video Music Awards to promote his single What About Love. The performance is part of the VMA’s pre show.

I had such a great experience filming with Big Time Rush. I play myself so it wasn’t too difficult but it was my first time doing any sort of acting, so it was a little scary! Mahone releases single What About Love. The song is a collaboration with producer RedOne.

It’s basically a song about me in this relationship with a girl and something happened along the way and it’s like, “What about the promises we made. What about everything we did with each other? I guess it doesn’t mean anything anymore, so what about love?”