Anarchast Ep. 124 Rafael of Bitangels: Bitcoin is Bigger than the Internet!

BitAngels closes on its first structured fund, called BitAngels Fund I, with 10,000 bitcoins (value: $4.5m) available to companies that are developing distributed applications built on top of the blockchain. Michael Terpin, a founder of BitAngels, calls this “Bitcoin 2.0.”  BitAngels wants to deploy the money in 15 to 20 companies, and would like to invest the fund within two years. The fund charges a 2 percent management fee and 20 percent carried interest.

Terpin: Some of the bitcoin 2.0 applications that have been discussed include using the block chain to regulate escrow or realty sales or eventually to have a stock market.

In an interview with the Wall Street Journal David Johnston says that the next wave of Bitcoin investments will be more customer-centric and include payments for open source development:

The real potential [of Bitcoin], the mass-market potential, is where we replace more consumer-facing things, like eTrade or Dropbox. In the next couple of years this next wave of applications will be built on top of Bitcoin.

Johnston said he expects the group to back 20 more open-source software projects this year that rely on Bitcoin.

BitAngels now has 330 members across 23 countries. In total, its members have $50 million worth of bitcoins earmarked for future investments, making BitAngels one of the biggest financiers in the Bitcoin space.

Terpin: A third of applications are “completely ridiculous crap, while another third are not quite fully baked. The remaining third are interesting enough for the BitAngels members to discuss. We take more risks than the VCs do. We put money into companies that are still in the concept stage, that have no revenue, that are maybe two guys in a garage. As an angel group should.

BitAngels invests $5 million in Mastercoin an open-source platform that is building a protocol layer on top of Bitcoin, in order to provide users with a number of important features which Bitcoin itself lacks, including virtual assets, a distributed exchange, and contracts for difference. Fifty BitAngel angels participated in the investment, with David Johnston being one of the largest investors. He now sits on Mastercoin’s board of directors.

As well, we’re looking for things that are going to make it sexy for average consumers and easy for merchants to use. The single biggest thing that sustains long-term value is adoption. If there are 10 times the number of people using Bitcoin, or 10 times the trading volume, or some combination thereof, the price has historically gone up in correlation to that.

One month after  launch, BitAngels doubles its number of investors to 120 and has added nearly $10 million in capital to its reserves, bringing its total to just under $18 million. BitAnels first investmnet of $100K  goes to BlueSeed, the “seasteading venture” that incubates startups in international waters not far off the coast of Silicon Valley. 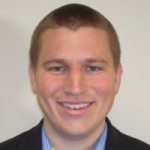 Over 60 investors come together to start BitAngels, the first multi-city angel network and incubator created to invest exclusively in cryptocurrency startups. Led by Engine.co founder David A. Johnston, SocialRadius and Marketwire founder Michael Terpin and angel investor Sam Onat Yilmaz, BitAngels is a distributed network of angels and entrepreneurs that came together a few days after the Bitcoin 2013 Conference.

At the conference Terpin noticed that while venture capital firms had begun to make big investments in Bitcoin startups, no group of angel investors — who are usually the first to give promising early-stage companies a financial boost — had risen up to support Bitcoin startups. By the end of the conference, there were 50 angels onboard, spread across Austin, San Francisco, and New York.

Johnston:  Sunday morning I hacked together the first Bit Angels website, made a post on Reddit about a 12:00 noon meeting and a quick announcement at the conference about doing a first meeting of the Bit Angels. I invited 6 people and more than 20 showed up to the first meeting. Now more than 35 people have joined the group as of this posting. I’ve volunteered to be the Executive Director and things are moving fast. If you are an experienced entrepreneur and have a few BTC to invest come join us.

The angel network pooled together about $6.7 million in Bitcoin, which it will invest in $20K chunks.