Nouha Dicko opens the scoring for Wolves in the 13th minute before Bakary Sako helps himself to make it two for the home side in the 33rd. After the break Jordan Rhodes nets for Blackburn before Sako reacts to his 59th minute penalty and gives his side the third in the 68th minute. 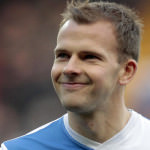 Jordan Rhodes puts Blackburn ahead in the 13th minute marking his 54th goal and 100th appearance for the side before Grant Hanley makes it 2 in the 21st minute and then Rudy Gestede in the 24th minute without their opponents scoring by half time. Rhodes is taken off with minutes to the end of the game and four minutes later Alex Baptiste gives away a penalty and Adam Smith scores for Bournemouth with Steve Cook adding a second goal in the 90th minute. Howe

We started really well, looked in total control, then we conceded and, uncharacteristically for us, we didn’t respond well to that. We’ve showed when we get it going we’re a match for anyone, but you can’t give good teams a three-goal star. 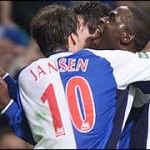 Blackburn Rovers stun hot favourites Tottenham Hotspur with a 2-1 victory at Cardiff’s Millennium Stadium. A crowd of 72,500 see Andrew Cole hit the second half winner for the Lancashire outfit. Teddy Sheringham is denied a clear penalty by referee Graham Poll in the final seconds.