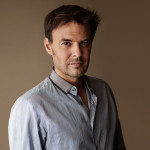 Ozon gives an interview to The Talks. He discusses what fascinates him about women, his characters reflecting his personality, and why he decided not to go to Hollywood.

To do what? To become like the German directors who go to Hollywood now? They aren’t German anymore. I’m still French. I liked Hollywood in the ’40s and ’50s, but now I’m not sure I would find my place and I’m not sure if I would be able to work under their conditions. In France you are very free as a director, you have the final cut. In America, the important person is not the director, but the producer. In France even if you are not established, a young director is respected.