Miyazaki announces his retirement at a news conference in Tokyo following the release of The Wind Rises. He cites his age as one of the main reasons for ending his career in animation.

You just can’t do anything about those problems resulting from aging. There’s an end to everything, It’s best not to wait to retire when one is already in a decline.

Miyazaki’s final movie, The Wind Rises, is released to mixed reviews due to its controversial subject matter– Japan’s role in World War II.  The movie tells the fictionalized tale of Jiro Korikoshi, the engineer behind Japan’s most successful fighter planes during the war.

Jiro Horikoshi was the most gifted man of his time in Japan. He wasn’t thinking about weapons – really all he desired was to make exquisite planes.

Miyazaki’s take on The Little Mermaid, Ponyo, is released. The story follows the adventures of Ponyo, a half goldfish girl, as she explores life out of the sea with Sosuke, a five year-old boy.

I have always dreamed of making a film with the sea as a motif, but animating the waves is really hard, so I wasn’t able to do that up to now. I decided to change the way of animating, and had a change of thought: that the sea is actually a living thing. Of course, it took courage to draw eyes on it! But a lot of the staff thought it was interesting so I thought, “Oh, okay, it works!”

Miyazaki’s second literary adaptation, Howl’s Moving Castle, is released to mixed reviews. The story follows a young girl named Sophie after she is cursed by a witch and becomes an old woman.

We don’t know why, but it had very extreme reactions: people who really loved it, and people who didn’t understand it. It was a horrible experience. I’ve been so tired out since Princess Mononoke.

Miyazaki’s most successful movie in the West, Spirited Away, is released.  The fantasy tale follows a girl named Chihiro as she attempts to save her parents in a world of spirits.

After I started production, the key animator, the art director and the producer came out on holiday with me and we had this blackboard and tried to draft out which direction the film was going in. I explained, “I think we’ll be able to do this kind of story, with this kind of ending,” and then Suzuki-san (the producer) said: “Ah. That will take three hours. I don’t want to make a three-hour movie!”

Miyazaki and Studio Ghibli’s most expensive movie, Princess Mononoke, is released. The story follows a young warrior as he is entangled in  a conflict between nature and humanity’s industrious ambitions.

I think I really exhausted the animation staff with this film. I knew that was gonna happen, but felt that we had to do this. But when I finished, I didn’t understand it: “What did I make?!” At first I decided, “This is something children shouldn’t see,” but in the end I realised,”‘No, this is something that children must see,” because adults, they didn’t get it — children understood it.

Miyazaki’s love for aircraft is showcased in his newest release, Porco Rosso. The story follows Marco Pagott, a mercenary cursed into the form of a pig, as he collects bounties for apprehending pirates in the 1920’s.

Japan Airlines needed a short film to screen during their flights. At first, we weren’t up for it — when we said we’d like to show dogfights, we thought they’d say no. But then they said, ‘That’s fine’ (laughs). Really, it was based on my hobby, and I wanted to make something light.

Miyazaki’s first true literary adaptation, Kiki’s Delivery Service, is released. The story follows Kiki, a young witch, as she sets out to build her self-confidence in a modern world.

I was inspired by the struggle of young cartoonists to find work. It’s not simply about making money and earning a living — everybody does that. It’s about living your own life: how do you assert your individuality in this world? I think that’s what everybody was concerned about when we made that film. I think if we made the film now it would turn out different.

Miyazaki’s most well know work, My Neighbor Totoro, is released.  It follows the adventures of two sisters, Mei and Satsuki, and Totoro, a large, bear-like forest spirit.

I can’t make films that are, you know — slay the villain, everybody’s happy. I can’t make those kinds of films. I think that when children become three or four years old, they just need to see Totoro. It’s a very innocent film. I wanted to make a film in which there’s a monster that’s living next door but you can’t see it.

Miyazaki’s first Studio Ghibli film. Laputa: Castle in the Sky is set in a steampunk version of 19th century England and follows the adventures of Pazu, a young boy from a mining village.

I wanted to make an adventure story with the kind of boy hero who starts out fighting and has a lot of dreams. And I was able to confirm that people don’t come to see that kind of film! After time, a lot of people started saying, “I love Laputa,” but at the theatrical release it didn’t attract much of an audience.

Based on Miyazaki’s own manga, Nausicaä of the Valley of the Wind is released. The story follows a female protagonist in a post-apocalyptic world and carries a strong environmentalist message.

The original manga was written when I had no job in animation — I had a lot of time to myself, so I tried to make a comic that couldn’t be made into animation. And then later I had to make it into a film, so I was in deep trouble! There were a lot of things I just didn’t know how to do back then, how to make it work. But I still had to make it.

Miyazaki’s cinematic debut is released. Based on the Lupin the 3rd TV show,  Lupin the III: The Castle Of Cagliostro follows the adventures of the title character as he entangles himself in the  affairs of the Duke Of Cagliostro.

So inside the castle I set myself a rule: always try to make the same space come up twice. If the character goes there once, then the character will go back to the same place again. It was like a game, and that was how I created the setting: “Here’s two lakes, a castle, there’s a Roman aqueduct…” And then I thought, “Yes, now I can make a film on this!” I just wish that I could have done it much, much better! 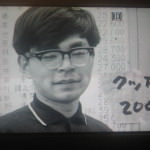 Miyazaki is hired as an animator for Toei Animation. He learns the basics of animation from the bottom up while filling in character movements cell-by-cell. His skill and creativity quickly impress his coworkers; he becomes a leader in the animators’ union. 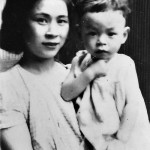 Hayao Miyazaki is born in Tokyo, Japan to Kastuji Miyazaki (an aeronautical engineer) and Dola Miyazaki. He has three brothers, Arata, Shirou, and Yutaka, and is the second oldest child.  The family moves from Tokyo to Utsunomiya City, to get closer to the Miyazaki Airplanes factory in Kanuma City, as well as to avoid the ongoing American bombing of Tokyo.

I spent a lot of time just imagining things. I was a physically weak child, but read a lot. I always wanted to be a strong hero.

What's this? This is an unbiased just-the-facts news timeline ('newsline') about Hayao Miyazaki, created by Newslines' contributors. Help us grow it by finding and summarising news. Learn more