Odubajo may miss the whole season after sustaining his second serious knee injury in just over three months. He will have surgery next week after fracturing a kneecap during a non-contact training session. Hull says Odubajo had been making “excellent strides” after dislocating the same kneecap. The ligaments he had reconstructed then “remain intact” and he would be out for about six months

Newcastle draw at St. James’s Park. Hull lead the game through Nikicha Jelavic in the 48th minute and Mohamed Diame in the 68th. Newcastle get their goals through Papiss Cisse in the 73rd and 87th minutes. Pardew:

We had some big chances and then we make one mistake and it got punished, and an unbelievable goal out of nothing puts us in a big hole. But we had tremendous resolve. The players have had to play under enormous pressure and I’m very proud of them

Boyd signs a three year contract with Burnley from Hull City for £3 million. The Scotland international has made one league appearance this season for his former club. Hull City Manager Steve Bruce:

I wish him well. I’ve been in the game a long time and if all professional footballers were like George Boyd my job would be easy. 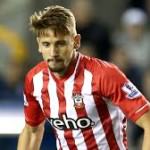 Hernandez signs a three-year contract with Hull for £12 million but the Tigers have an option of extending for a further 12 months. He has scored seven goals in 14 matches for Uruguay and made two appearances at the World Cup. Bruce:

Abel is a fantastic signing and highlights just how far the club has come in such a short space of time. He is an exciting talent and, like myself, I’m sure the supporters can’t wait to see him in action. Aston villa move up to third place in the Premier League after a win over Hull City. Gabby Agbonlahor puts villa ahead in the 12th minute with a strike in the bottom corner of the goal and Andreas Weimann follows in with the second on 36 minutes from Kieran Richardson’s pass after Hull’s Debutant Micheal Dawson gives the ball away. Hull improve after the break and Nikica Jelavic pulls a goal back in the 74th minute. Bruce:

We gifted them goals, we made mistake after mistake, we didn’t get above a jog, so how do you expect to win a Premier League game? It’s a shock to me. But maybe it’s a wake-up call. We can’t wait for me to be ranting and raving like a lunatic at half-time. If we hadn’t woken up, it would’ve been a cricket score. Livermore signs to Hull City from Tottenham for a club record fee of £8 million. The midfielder signs a three-year contract  holding an option for a further 12 months. He has been in the club on loan, making 41 appearances. His squad number is 14.

I’m delighted to be joining Hull City on a permanent basis. I thoroughly enjoyed my season here on loan and I firmly believe this club will keep on going from strength to strength. 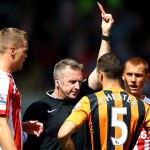 What's this? This is an unbiased just-the-facts news timeline ('newsline') about Hull City Fc, created by Newslines' contributors. Help us grow it by finding and summarising news. Learn more