Amed gives an interview to The Talks. He discusses 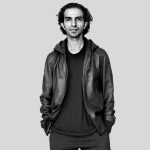 I don’t think one can underestimate the ongoing and continued influence of traditional media. They continue to have the most powerful brand, the biggest reach, the authority, the access. All of that enables them to really have a huge influence on the market. But people are spending more and more time engaging with these new-media mavens on a variety of channels, whether it be blogs or social media. The audiences that follow them are extremely emotional and connected to those brands in a way that I don’t think they’re connected to traditional media. The one that is perhaps the least credited, but I think is really, really important now, is the brands themselves.