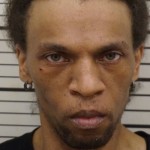 Hubbard is arrested after spending three days hiding under a bed in the spare bedroom. He had entered the home while the homeowner is taking out the garbage. He is arrested for burglary and electricity he uses to charge four cellphones. Homeowner:

He was hiding upstairs underneath the bed, in my daughter’s bedroom. He used to date my daughter five years ago. It didn’t end well. He didn’t say why he came back. He just picked our house to hide out in. He didn’t have a home to live in…I haven’t heard from him in five years. [I] wasn’t scared. I was just angry…I don’t think he was eating. I think he just had water under the bed…Stay away from this house and never come back.