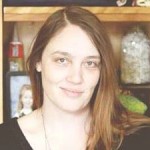 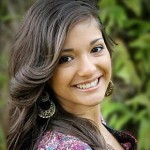 Houser and Kellie get divorced. They have been separated since December 23, 2012.

Houser purchases a Hi-Point .40 caliber semiautomatic pistol from a pawn shop in Phenix City, Alabama. He passes background checks because he doesn’t have any convictions for serious crimes. Source:

He just didn’t show up on any of the instant background checks.

He was hoping the house would catch on fire. That’s what the investigators told me.

Houser is evicted from a rental property on 32nd Street, Phenix. After being served his eviction notice, Houser wrecks the property by covering it with paint. He kills 300 koi fish that had been in the pond and spreads them around the property, and pours cement down drains. A criminal mischief complaint is filed, but police are not clear if an arrest warrant was ever issued. Homeowners:

Once we purchased the house, his attitude changed…just angry he would have to leave and didn’t have a home.

The bible doesn’t ask me to like what it says, only to obey it. Death comes soon to the financially failing filth farm called the US.

Houser’s wife, Kellie Maddox, files a protective order against him saying Houser had threatened her and her daughter, over the daughter’s impending marriage. The order which was at least temporarily granted, says that Kellie had:

become so worried about the defendant’s volatile mental state that she … removed all guns and/or weapons from their marital residence. [Houser] exhibited extreme erratic behavior [and] made ominous as well as disturbing statements

The papers also say Houser has:

Houser’s daughter joined the filing, saying that Houser had traveled from Phenix City, Ala., to where she lived in Carroll County, Ga., and:

The order is lifted May 8.

Houser sells his house, and invests in a property in Phenix city with an investor. Over a six month period he sells the lots and keeps the home to live in.

Needing cash for investment, I decided to sell my house and find one for profit. Riding the streets of the Columbus/Phenix City area I found a spectacular estate on 32nd street in Phenix City. Though it was grossly undervalued and completely unrealized it was two times my investment potential, so an investor was brought in. Lots were sold on the property while I kept the house and an extra lot for myself. This is my home today. What did I see in the estate that had escaped others? Cut the trees and see the view.

Houser’s application for a concealed carry permit is denied due to an arrest record from Columbus, Ga., for arson, and indication of mental issues.

Houser is arrested and convicted on three counts of selling alcohol to a minor at Rusty’s Buckhead Pub. The bar is closed. After an unsuccessful fight with the city to reopen the bar, during which he flies a Nazi flag from the building, Houser leaves the area. Police:

He was pretty frustrated with the police department and the judicial system generally, and his response was he had a Nazi flag attached to his building. If it wasn’t the size of a sheet, it was pretty close…He was erratic, angry, short-tempered.

In a small town one in the entertainment business had better be in with all crowds.We successfully provided entertainment for all while maintaining an atmosphere worth a regular visit. Well rounded bands, food, and genuine communication coupled with a “don’t hold back” approach was a winning combination.

Houser guest hosts one day per week for more than 60 episodes on Calvin Floyd’s RISE AND SHINE WLTZ NBC 38. Houser:

Invited political controversy on every one of them, and loved every minute of it.

He was on from time to time because he was a very radical person with radical views. He was a Republican and then I would have someone with a real strong Democrat view on.

He is also a 13-time guest of Doug Kellet on WRCG talk radio.

Houser opens the Peachtree pub in Columbus, Georgia. He runs the business for one year and six months before selling it as a going concern:

This establishment was the first “oldies bar” in Columbus and the first to have a live jazz band. This business was sold as a going concern and continued profitably for more than ten years thereafter.

Houser is born in Columbus, GA, the son of Rembert Houser, a longtime city tax commissioner.

What's this? This is an unbiased just-the-facts news timeline ('newsline') about John Russell Houser, created by Newslines' contributors. Help us grow it by finding and summarising news. Learn more