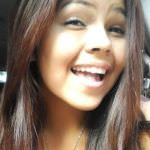 dies of her injuries. She was 14. Her family:

Our hearts are broken at the passing of our beautiful daughter. Shay means everything to us. In Shay’s short life she has been a radiant light bringing us incredible joy and happiness. She has been a loving daughter, a caring sister, a devoted friend and a wonderful part of our community. We can’t imagine life without her.

The Tulalip tribe, of which Fryberg was an active member, issues a statement (full text here):

The Tulalip Tribes denounce the horrific actions of Jaylen Fryberg, who took the lives of two of his classmates and grievously injured three others. All of the young people he attacked were his friends, and two were his cousins. Parents and children alike are struggling to understand what caused him to act in such a manner. Even though we may never know why, there can be no justification for taking the lives of others. These were the acts of an individual, not a family, not a tribe. Gia Soriano dies of her injuries. She was 14. Soriano’s family:

We are devastated by this senseless tragedy. Gia is our beautiful daughter and words cannot express how much we will miss her.

Snohomish County Sheriff Ty Trenary tells a news conference that the five students were all at a lunch table when they were shot by Fryberg. Fryberg had texted them to meet with him there. Trenary also confirms that the .40-caliber handgun used in the shooting had been legally purchased by one of Fryberg’s relatives. It remains unclear how Fryberg obtained the weapon. Trenary said that while a teacher tried to intervene, she did not have any physical contact with the gunman before he killed himself.

The students who were injured in the attack are identified as Hatch, Fryberg, Chuckulnaskit, and Soriano.

Police recover a 40-caliber handgun at the scene. It is believed to be the one used in the attack, and reported to be registered to Fryberg’s father. 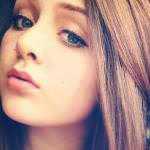 Galasso is identified as the female student killed in the attack. Friend:

Zoe was very outgoing. She was into sports. She was nice and awesome. She was fun to hang out with.

The victims who were taken to Harborview Medical Centre in Seattle are identified. Andrew Fryberg, 15, is in critical condition, and Nate Hatch, 14, is in serious condition.

Police confirm that the three victims in critical condition are all male. A fourth injured person was shot in the jaw and is in serious condition.

My heartfelt thoughts are with the families, students, staff and entire Marysville community during this difficult time

Fox affiliate Q13 reports that two of the victims were Fryberg’s cousins. They also confirm he was bullied and had girl trouble:

Shooter's fam reached out to me this afternoon/they say JRay was bullied & had fight over girl, family confirms 2 vic R his cousins #Q13FOX

Fryberg is reported to have recently been involved in an argument with another student, which had racial overtones. A student:

[He] did have an incident the other day when a kid was being somewhat racist, and he punched him.

[He] got into an argument with someone who made a racist comment [a couple of weeks ago.] I’d understand if he was angry about that, but other than that, he wasn’t bullied or anything like that. He seemed like he was really happy. He seemed like a popular kid.

Marysville Public Work officials confirm that road closures will be in effect along 108th Street NE between 51st and 67th Avenues, as well as the entrance to the school on 51st near 112th.

Police confirm that the student killed in the shooting is female.

The school releases a statement on the lockdown status:

The Marysville School District lock down procedures will remain in effect at Pilchuck until further notice from law enforcement. We will continue to forward communication in cooperation with law enforcement.

It says students at the campus are being relocated to Shoultes Community Church at the corner of 116th and 51st Street, and buses will take students home from there or their parents can come and pick them up.

A student interviewed by CNN says he knowsFryberg, who was a popular student but had recently been bullied.

Police say two students injured in the shooting are in critical condition and one is in serious condition. At least one student has been airlifted to a medical facility. 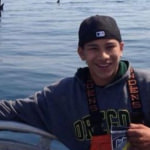 The student who opened fire is identified as Jaylen Fryberg. A Fox affiliate releases his photo.

The shooter, who is unidentified at this point, is confirmed down.

Marysville-Pilchuck High School, a school of around 2500 students, in the 5600 block of 108th Street NE, Marysville, WA, is placed on lockdown around 10:45 a.m. Pacific Time (13:45 Eastern) as staff and students call 911 after multiple gunshots in the cafeteria.

A witness says he saw Jaylen Fryberg come into the Marysville-Pilchuck High School cafeteria, walk over to a table, pull out a gun and shoot students who were sitting there. Witnesses describe Freyberg’s actions during the shooting:

[He] was just staring down every one of his victims as he shot them.

Another witness says the attack on the students was targeted:

[Fryberg] came up from behind … and fired about six bullets into the backs of them. They were his friends, so it wasn’t just random

A student who was in the cafeteria says she saw the suspect pull out the gun and stand up. She says she heard five shots before she ran for the exit.

Another student says the shooter was angry at a girl who would not date him, and that the girl was one of the people shot. Students report pandemonium in the lunchroom after the shooting, with dozens rushing for doors and then jumping a fence to escape. Freshman Austin Wright said every exit in lunchroom was jammed with kids escaping:

I heard three gunshots and I ran.

A student who was in the cafeteria when the shooting began tells CNN he called the police and then gave his phone to a teacher. He says blood was ‘everywhere’.

Law enforcement sources say two students are dead, including the shooter, who turned the gun on himself. Four of the injured are taken by ambulance to Providence Regional Medical Center in Everett. Three, all young people, are in critical condition, with head injuries. A fourth person with lesser injuries is transferred to Harborview Medical Center in Seattle. Marysville Police Commander Robb Lamoureux:

It is an active scene. We do ask parents to please stay away.

What's this? This is an unbiased just-the-facts news timeline ('newsline') about Marysville school shooting, created by Newslines' contributors. Help us grow it by finding and summarising news. Learn more