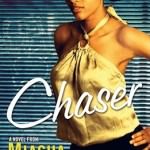 Chaser follows Leah, a young beautiful woman who is caught between Nasir and Kenny. After her boyfriend Kenny sets her up to take the fall in yet another of his schemes, Leah has no choice but to strike a deal with the police. Her world changes overnight, and maintaining her composure while gathering information is no easy task.

My latest novel, which I’ll admit kind of slipped under the radar….As many of you know, I was in a bad car crash and broke my jaw right around the time this book was to be promoted. On top of that I was expecting my second child and producing my first stage play, Secret Society, based on my debut novel. Needless to say I had so much on my plate that I was unable to give Chaser the attention it deserved….But in spite of that….Chaser has gotten praise like none of my preceding novels… People called it my best book yet…Fans said they could see that I’ve grown as a writer…Readers were thrilled to get a glimpse into yet another underworld….And it was featured in Elle Magazine!!! Never Enough follows Celess who loses her best friend, Tina, and her good looks. Now she lives a life of depression and cant help but to feel suicidal. Her heartbreak and a near-death experience transforms Celess into a woman who is hired by a top modeling agency. In Los Angeles, she reconnects with two old friends, Terry and Derrek, and through them, finds new friends and a new love. Miasha’s book Sistah For Sale follows Sienna. After her father was killed and her mother deported, Sienna decided to turn to prostitution to make money after being encouraged by Chatman. When Sienna learns that her mother was murdered and Chatman had a role in the murder, she decides to team up with Ryan to take over Chatman’s business. 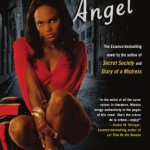 Mommy’s Angel follows Angel who has to deal with the struggle of her brother being gunned down. After her mother turns to heroin, Angel has to provide for her younger brother and sister. At 15 years old, she’s to young to work legally so she resorts to stripping. She convinces herself she won’t fall victim to the streets like her mother.

Mommy’s Angel is about fifteen-year-old Angel’s struggle to survive after her older brother is killed and her mom becomes addicted to heroin. It’s a powerful story about addiction and what it does to the family. It’s a tragedy to the reader but triumph to the character. 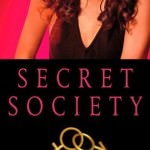 Secret Society follows Celess and Tina, two 19-year-old men who likes to live as women. They’ve got the looks and the bodies to attract attention from men wherever they go and surprisingly it works. They travel to all the hot spots but their fast lifestyles are about to catch up with them. The two share a devastating secret, and when it’s revealed, Celess will need every ounce of her street smarts to survive.

I don’t have a favorite but I do have a favorite thing about each of my books. Secret Society is my baby. It’s my first novel, my breakout debut. It’s the book that put me on the map and garnered me a lot of hard-to-get press. I love the characters in it because they are so authentic and lead a very intriguing life. Diary of a Mistress is the book that solidified me as a bonifide author. 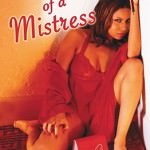 Diary Of A Mistress follows Monica who has a loving husband and two beautiful twin boys. When her husband Carlos surprises her with an unforgettably romantic getaway, Monica knows her husband is still very much in love with her. But an unexpected package turns her life upside down. Angela on the other hand has a warped perception of men. Her last husband of five years cheated on her during the course of their marriage. Then she meets Carlos and she will stop at nothing to get him for herself — even if that means destroying her life and another woman’s family.

What's this? This is an unbiased just-the-facts news timeline ('newsline') about Miasha, created by Newslines' contributors. Help us grow it by finding and summarising news. Learn more