The Duggar’s 20th child, Jubilee Shalom is stillborn. Michelle delivers her naturally; she weighes 4 oz and is 6 cm in length. This is the Duggar’s second miscarriage. Jim Bob:

It was so scary when she had to deliver early. When they came in and said we need to deliver within 30 minutes, it was one of the scariest moments of our lives… We’re so thankful that Michelle’s doing great, the baby’s doing great. 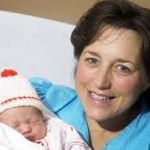 The Duggar’s eighteenth child, Jordyn-Grace Makiya Duggar, is born. She is Michelle’s third c-section because she was traverse. Jim Bob:

The ultimate Christmas gift from God…She’s just absolutely beautiful, like her mom and her sisters.

The Duggars launch the first season of their reality TV show, 17 Kids and Counting. The first episode is Big Family Meets Big Apple. The show is based off the Duggar’s family life and raising 17 kids. Jinger:

Our family has always looked at it as a ministry, a window of opportunity God has given us to be able to share with the world the hope of Christ. The Duggar’s seventeenth child,  Jennifer Danielle Duggar, is born. She is born via VBAC (vaginal birth after caesarian). Jim Bob:

Jennifer is so precious and beautiful and such a sweet gift

The Duggars sixteenth child,  Johannah Faith Duggar, is born. She is the sixth daughter. Jim Bob:

Johannah’s birth was especially exciting because it was the first time in eight years the family has had a girl. The Duggars fifteenth child, Jackson Levi Duggar, is born. It is the second c-section delivery Michelle has. Jim Bob:

The first time I saw Jackson, he was just so beautiful. [ . . . ] We are just so grateful for the new addition to the family.

Their personalities are almost opposite. One took off fast, and the other one was more steady and slow. 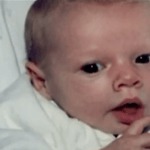 Jill Michelle Duggar is born to Michelle and Jim Bob Duggar. She is their fourth child and second daughter.

I’m breastfeeding the baby until I can’t anymore.

The joy of knowing there were two little blessings in my tummy was just more than we could ever have hoped for – we were so thankful. We had a lot of prep work to do before they were born: making sure we had two car seats, putting two baby beds in the room, and preparing our oldest Joshua to become a big brother to two siblings at once. We knew it was a boy and girl coming, so we got to tell him he was going to be a big brother to a brother and sister.

The Duggar’s second pregnancy results in the miscarriage of Caleb Duggar. Michelle:

We named that baby Caleb even though we didn’t know if it was a boy or a girl because that miscarriage was early. Duggar and Ruark marry. Jim Bob is 19 and Michelle is 17. They have known each other for one year. Duggar:

That’s key in a relationship, the husband needs to cherish his wife and always treat his wife like a queen.