NSync hints they may reunite with the boyband for the SNL 40th anniversary, airing Feb. 15 at seven p.m. on NBC. Justin Timberlake made an announcement about his involvement on the show earlier this week during an Instagram showing with an alum of the the show and the host of The Tonight Show, Jimmy Fallon.

Timberlake leaves the band to pursue a solo career, after the popular boy band sells over 50 million albums worldwide between 1997 and 2001. In an interview with Oprah Winfrey, Timberlake explains his decision:

I would wake up every morning feeling this more and more of an urge to step out on my own and try my own hand as a musician just by myself… It was hard to say goodbye to that era, but I felt it changing. I felt music changing. And I felt myself changing.

It’s one of the best/worst things that I have ever done. It was hard to say goodbye to that era, but I felt it changing. I felt music changing. And I felt myself changing. 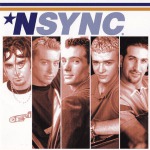 What's this? This is an unbiased just-the-facts news timeline ('newsline') about N’Sync, created by Newslines contributors. Make it grow it by finding and summarising news. Learn more