Stewart says he supports the right of Christian bakers to refuse to make cakes they find offensive. Talking about a case in Ireland where Christian bakers were fined £500 after refusing to bake a cake that a carried the slogan “Support Gay Marriage”, alongside an image of Sesame Street puppets Bert and Ernie.:

I found myself on the side of the bakers. It was not because it was a gay couple that they objected, it was not because they were celebrating some sort of marriage or an agreement between them. It was the actual words on the cake they objected to. Because they found the words offensive. I would support their rights to say ‘no, this is personally offensive to my beliefs, I will not do it’.

On Twitter, Stewart expresses his sorrow over the news of Nimoy’s passing.

It is with sadness that I heard of Leonard Nimoy's death. I was lucky to spend many happy, inspiring hours with him. He won't be forgotten.

Stewart accepts the ALS challenge and nominates no one. 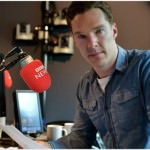 BBC Radio 4 broadcasts re-recorded D-Day radio bulletin announcements to mark the 70th Anniversary of the Allied invasion of Normandy. This project included actors Sir Patrick Stewart, Toby Jones and Cumberbatch. Cumberbatch reads the 8 a.m. news warning of oncoming attacks and instructing listeners on what they should do in preparation for what is to come.

Stewart is nominated for Outstanding Supporting Actor in a Drama at the 62nd Primetime Emmy Awards for portraying Claudius / Ghost on Hamlet.

Primetime Emmy Nominations 2010
Do you love news? Help us add and summarize the world's news. Find out more