Gilmour confirms Pink Floyd is over

I’m done with it. I’ve had 48 years in Pink Floyd – quite a few of those years at the beginning, with Roger (Waters). And those years in what is now considered to be our heyday were 95 percent musically fulfilling and joyous and full of fun and laughter. And I certainly don’t want to let the other five percent color my view of what was a long and fantastic time together. But it has run its course, we are done – and it would be fakery to go back and do it again…I absolutely don’t want to go back. I don’t want to go and play stadiums… under the [Pink Floyd] banner. I’m free to do exactly what I want to do and how I want to do it. Obviously I accept there are people who want to go and see and hear this legend that was Pink Floyd, but I’m afraid that’s not my responsibility. 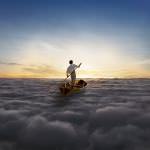 Pink Floyd releases the album cover art for The Endless River. The album is a reworking of some of the bands Unreleased music. Nick Mason:

We listened to over 20 hours of the three of us playing together and selected the music we wanted to work on for the new album. 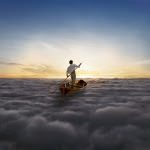 Pink Floyd announces it will release new album The Endless River on November 10. The album is a tribute to keyboard player Richard Wright who died of cancer in 2008. Artwork from the album is displayed in large cities around the world including New York, London and Paris. The album includes mostly instrumental tracks written and recorded by Pink Floyd members Wright, David Gilmour and Nick Mason while working on the 1993 album ‘Division Bell’. Gilmour:

We listened to over 20 hours of the three of us playing together and selected the music we wanted to work on for the new album. Over the last year we’ve added new parts, re-recorded others and generally harnessed studio technology to make a 21st century Pink Floyd album. With Rick gone, and with him the chance of ever doing it again, it feels right that these revisited and reworked tracks should be made available as part of our repertoire.

The Endless River is a tribute to Rick. I think this record is a good way of recognising a lot of what he does and how his playing was at the heart of the Pink Floyd sound. Listening back to the sessions, it really brought home to me what a special player he was.

The band plays Comfortably Numb at the Live 8 concert, from their album The Wall

The band releases their single, High Hopes, from their album, The Division Bell.

The band releases their single, Marooned, from their album, The Division Bell.

The band releases their single, Learning To Fly, from their album, A Momentary Lapse Of Reason. Gilmour:

Learning to Fly is about breaking free and the actual mechanics of learning to fly an airplane.

The band releases the single, Another Brick In The Wall (Part II), from the album, The Wall. Waters writes the song about his views on formal education:

You couldn’t find anybody in the world more pro-education than me. But the education I went through in boys’ grammar school in the ’50s was very controlling and demanded rebellion. The teachers were weak and therefore easy targets. The song is meant to be a rebellion against errant government, against people who have power over you, who are wrong. Then it absolutely demanded that you rebel against that.

The band releases their single, Sheep, from their album, Animals.

The band releases their single, Shine On You Crazy Diamond, from their album, Wish You Were Here. The song is a tribute to Syd Barrett, an original member of the group.

Pink Floyd releases, Money from The Dark Side Of The Moon. David Gilmour says that the song was influenced from Booker T and the MGs:

I was a big Booker T fan. I had the Green Onions album when I was a teenager. And in my previous band… we played Green Onions onstage… It was something I thought we could incorporate into our sound without anyone spotting where the influence had come from. And to me, it worked. Nice white English architecture students getting funky is a bit of an odd thought.

The band releases their single, Careful With That Axe, Eugene, from their album, Ummagumma. There are few vocals in this song: just the title whispered, followed by a scream by Roger Waters.

The band appear on Dick Clark’s American Bandstand, performing Apples and Oranges. In a short interview at the end of the song Clark asks the members if they like American food and about their next stop in the US (SanFanscisco).

The band appear on Top of the Pops, miming See Emily Play. The damaged recording was rediscovered in late 2009.

Waters and Barrett are interviewed by musicologist Dr. Hans Keller for the BBC arts programme The Look Of The Week, which also includes a live performances of Pow R. Toc H. and Astronomy Dominé.