27 letters, written between September 2004 and March 2005, from Prince Charles to government ministers, the so-called “black spider” memos because of Charles’s scrawly handwriting style, are published after a 10-year legal battle to keep them from public view. The letters reveal the scale of Charles’ lobbying and cover issues including equipment provided for British soldiers in Iraq, badger culling, herbal medicine, problems in the dairy sector, and saving the Patagonian toothfish. Clarence House issues a statement on behalf of the Prince:

The publication of private letters can only inhibit his ability to express the concerns and suggestions which have been put to him in the course of his travels and meetings.

British Prime Minister John Major announces the formal separation of Charles and Diana.  He issued a directive from Buckingham Palace making it clear that

Their Royal Highnesses are not seeking a divorce, The royal couple are separating amicably. 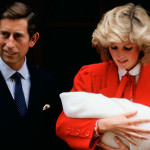 Prince Henry (Harry) Charles Albert David Windsor is born weighing six pounds, 14 ounces at St Mary’s Hospital, Paddington, London, Prince Harry arrived a week before expected.  He is the second child for Prince Charles and Princess Diana after William and is third in line to the throne. Charles:

Absolutely marvelous. It didn’t matter whether it was a boy or a girl

Charles and Diana announce their engagement. The couple have been courting for 6 months. Charles says:

What's this? This is an unbiased just-the-facts news timeline ('newsline') about Prince Charles, created by Newslines' contributors. Help us grow it by finding and summarising news. Learn more