it was her violent nature, not his, that ultimately landed her 20 years in prison.

Grey, who has been arrested and convicted of assault, says he admitted abuse in his deposition because he and his wife reconciled and he wanted to protect her from prison. He maintains he was trying to leave with his sons when the shot was fired.

Gray changes his story in court, says he was scared of Alexander and the judge believes him. The judge denies her stand your ground defense telling the court:

She could have escaped her attacker through the front or back door.

The state offers Alexander a plea agreement, but she refuses it believing she will be vindicated at trial. 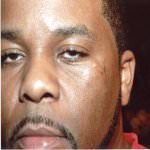 Gray repeatedly tells the court in depositions he is violent towards women in general. He maintains he doesn’t remember if he put his hands on Alexander the morning of the shooting, but admits it’s likely saying:

Probably hit her. I got five baby mammas and I put my hands on every last one of them except for one. 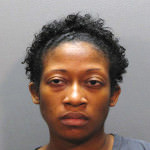 Rico Gray 911 call re shooting video
Do you love news? Help us add and summarize the world's news. Find out more