Momsen reacts to the passing of Rivers:

They won’t ever make another one like her… RIP Joan Rivers, you will always be amazing, I was blessed to meet you. 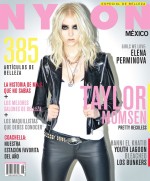 Momsen appears on the cover of the May 2013 issue of Nylon Mexico magazine. 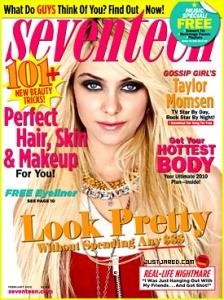 Momsen appears on the cover of the February 2010 issue of Seventeen magazine. She talks about teenage angst, people taking her serious, and not wanting to be a tabloid star.

I love working. I’m a workaholic, and no one believes it. I’m in the recording studio until three in the morning. I get such a rap for being like Lindsay Lohan – and I hate naming names because she’s really sweet – and I’m really not. I don’t go out. I have no desire to be some tabloid party girl. I’m entirely a loner. I have been my entire life. 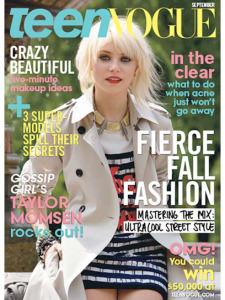 Momsen appears on the cover of the September 2009 issue of Teen Vogue magazine. She talks about dating older guys, being in the music industry, and growing up in front of the camera.

I kind of grew up in front of the camera: I started modeling when I was two. I was never pushed into it, but I never really chose it either. That’s why music is so different for me. I’ve known since I was little that this is what I want to do.