Vaughn talks about working with Nic Pizzolatto for season 2 of True Detective. The series of eight hour-long episodes focuses on a career criminal and three police officers who involve themselves in a conspiracy theory.

Nic is very unique because he writes literally every episode by himself. And it’s such adult storytelling. You investigate a specific culture and really climb in and explore it over a long period of time.

In this comedy directed by Ken Scott, based on a book by Steven Conrad, Vaughn plays a small business owner travelling to Europe with his associates to close the most important deal of their lives. Co-starring Dave Franco, Tom Wilkinson, Sienna Miller,James Marsden and Nick Frost. About his character:

It’s easy to make the guy sort of be kind of incompetent but what I think is cool is that the character is actually a guy who, yes, he has his challenges, but he’s a competent guy facing those challenges which makes it more interesting

Seacrest interviews Vaughn during On Air With Ryan Seacrest about his hand and footprint ceremony held at Hollywood’s TCL Chinese Theatre forecourt.

It was cool. Jon Favreau introduced me and we used to live just east of there in Los Feliz and Hancock Park when he came up and wrote Swingers. We used to walk around in Hollywood and the Chinese Theater is one of those places you walk by and kind of look at all the names and stuff. To be included in that the other day was great.

Seacrest interviews Vaughn during On Air With Ryan Seacrest about his role in the film Delivery Man.

The movie is really very funny, but it’s also very dramatic and touching. There’s a lot of tension in it. And it’s very rare you have under one film the ability to go back and forth and so it really makes it kind of a roller coaster ride. The movie is ultimately, I think, sort of kind of your hopes and fears as a parent. But, it’s also really a movie as a young person when you’re at the age of starting to enter your adult life and you can feel so alone in an experience.

Vaughn and Weber welcome their second child together. The boy is born in a Los Angeles area hospital and is named after Vaughn’s father. He weighs 8 lbs. 4 oz.

Vaughn talks to Maxim about directing and starring in the movie The Internship:

I saw a 60 Minutes piece on Google as a place to work. It was such a foreign concept from what I understood as a regular job. There’s free food, sleeping pods, Ping-Pong. I’m the kind of guy who likes to get involved in everything— I’d be all over the Ping-Pong. I also thought, unfortunately there are a lot of people currently losing jobs, and things are moving in different directions. So a lot of older people are finding themselves unemployed and without the necessary skill set that is in demand now. It’s this: Oh, gosh, where do I land? So I’m really proud of this movie. I feel like it’s really a movie of this moment we live in. 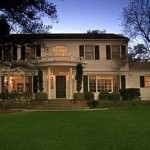 Aniston and Vaughn have split after dating for more than a year. The relationship began to fizzle out as soon as Vaughn proposed. The couple met on the set of The Break-up. Source:

Jennifer and Vince mutually agreed to end their relationship but continue to be good friends today.