We plan to shake up the cruise industry and deliver a holiday that customers will absolutely love. They’ll be sailing on the latest ships offering great quality, a real sense of fun, and many exciting activities all delivered with the famed Virgin service.

Branson is expected to announce plans this week to list Virgin Money in London. The deal is expected to be worth £2 billion pounds ($3.25 billion) overall and will add several hundred million pounds to Branson’s net worth. The Virgin Group owns 47% of the company and U.S. investor Wilbur Ross owns the remainder.

Branson gives his personal staff unlimited vacation time. The policy applies to around 170 staff in the Virgin head offices in the UK and U.S., and may be introduced for the 50,000 employees of Virgin Group if it is successful. The idea starts when his daughter Holly sends him an article about a similar policy at Netflix. Branson:

It is left to the employee alone to decide if and when he or she feels like taking a few hours, a day, a week or a month off, the assumption being that they are only going to do it when they feel a hundred per cent comfortable that they and their team are up to date on every project and that their absence will not in any way damage the business – or, for that matter, their careers!

Branson talks to The Guardian about the failure of Virgin Cola:

When we took on Coca-Cola, we had a year in which we were really giving Coke and Pepsi a run for their money and we were very much the underdogs taking on the biggest giant in the world, and when they sent in their big tanks and to an extent crushed us, the public didn’t think any the poorer of the Virgin brand for it. In fact, I would say the Virgin brand was enhanced by the battle.

He doesn’t regret the venture:

The key thing is never to do anything which discredits the brand, like ripping off the public or doing something which you’d feel uncomfortable reading about. If you’re going to go down, go down fighting. Branson opens the first Virgin Records store at 24 Oxford Street, London. The first record he sells is an album by Tangerine Dream. 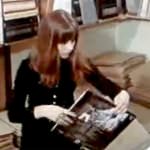