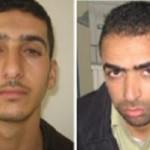 The alleged ringleader of the 2014 Israel kidnappings has told police that he received money for the attack from Hamas operatives in the Gaza Strip, state prosecution says after a gag order on his arrest and investigation is lifted. Hebron resident Hussam Kawasme states that alleged killers Marwan Kawasme – his brother, who was released in 2011 in an prisoner exchange for Israel Defense Forces soldier Gilad Shalit – and Amer Abu Aysha drove to his house after abducting and killing Yeshiva students Gil-ad Shaar and Naftali Fraenkel, both 16 years old, and Eyal Yifrach, 19. The three then drove to a plot of land in Halhoul purchased by Hussam Kawasme ahead of time, where they buried the bodies of the teenagers.