After more than a year of talks, Highfield says regional media groups and the BBC have agreed in principle a new partnership. Highfield highlights four areas of focus with the BBC: funding for more journalists, potentially employed by local media groups; a video bank that would make BBC regional content available to local media partners free of charge; a shared data journalism unit; an agreement on better linking to local media content on BBC news sites and attribution to content originated in the local media.

We still need to work through the numbers and we’re under no illusions how difficult that might be. [Local media would benefit from] a proper commercial framework for use of this content by the BBC. We are trying to reach an agreement on how it is going to work – how much, and when and where…All we ask for is a fair eco-system.

The BBC announces Pullman’s His Dark Materials trilogy is being adapted for television. The show will be produced by Bad Wolf and New Line Cinema, and will be filmed in Wales and broadcast on BBC One.

It’s been a constant source of pleasure to me to see this story adapted to different forms and presented in different media. It’s been a radio play, a stage play, a film, an audiobook, a graphic novel – and now comes this version for television. In recent years we’ve seen the way that long stories on television, whether adaptations (Game Of Thrones) or original (The Sopranos, The Wire), can reach depths of characterisation and heights of suspense by taking the time for events to make their proper impact and for consequences to unravel. And the sheer talent now working in the world of long-form television is formidable.

I'm delighted with the BBC announcement this morning. And now the work begins!

BBC Administrators review and tighten regulations on staff tweeting stories about sensitive news after a rogue tweet causing news organizations to wrongly report Queen Elizabeth II is dead or in the hospital. Updated guidelines for  “category one” public figures including the Queen, the Duke of Edinburgh, Prince Charles and the Duke of Cambridge state:

It is essential that those responsible for the coverage in the hour or so immediately after the announcement of death, especially of the Monarch and, assuming the death is a natural one, understand that this is NOT a “breaking story” in the normally accepted sense. If the death was sudden and/or unexpected, the circumstances of the death, as a news story, might well take precedence, at least in the initial coverage. However, it would be expected that the tone would become more reflective as the coverage unfolds.

During a technical rehearsal for an obituary, tweets were mistakenly sent from the account of a BBC journalist saying that a member of the royal family had been taken ill. The tweets were swiftly deleted and we apologise for any offence.

BBC confirms that Top Gear live world tour will go ahead and will feature Clarkson along with May and Hammond. The tour will not have BBC branding. BBC spokesman:

So as not to disappoint the thousands of people around the world who have already purchased tickets, BBC Worldwide has agreed with our joint venture partner Brand Events that the remainder of the tour can continue.

BBC postpones three remaining episodes of season 22 of the series after suspension of host Jeremy Clarkson for punching a male producer. Statement from the corporation:

Following a fracas with a BBC producer, Jeremy Clarkson has been suspended pending an investigation. No one else has been suspended. Top Gear will not be broadcast this Sunday. The BBC will be making no further comment at this time. 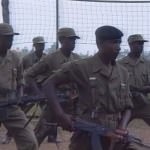 Rwanda accuses the station of genocide denial after it airs the documentary Rwanda’s Untold Story, which criticizes Kagame and alleges that the RPF shot down former president Habyarimana’s plane. It includes interviews with two researchers who claim that thousands of Hutus were killed by Tutsis in the leadup to the massacre that killed 20% of the country at a faster rate than the Holocaust. It claims a UN report echoing similar concerns was also repressed. Lawmakers have called for the FM licence the BBC uses to broadcast across the country — in English, Kinyarwanda and French — to be pulled and the program’s producer and presenter be charged with genocide denial, a punishable crime in the country.

The BBC launches a service for users of the messaging app in west Africa. It will provide audio, text message alerts and images to spread the latest public health information. Content will be limited to three items a day, and the service will be in English and French. It says users can subscribe by sending JOIN to +44 7702 348 651 and opt out by sending STOP to the same number.

Sources tell the BBC that the new powers promised to Holyrood do not represent ‘maximum devolution’:

A BBC Arabic correspondent is attacked during a broadcast from a town near the Gaza border. BBC statement:

He finishes the report without incident after members of the broadcast team remove the man from the area.

These subscriptions were paid for where the BBC deemed that they would not in normal circumstances been taken for personal use. This was in order for Mr Highfield to be fully informed about emerging digital and interactive technology.

The BBC announces that Highfield will join the corporation as Director of New Media & Technology, starting in October. He is the youngest ever member of the Executive Committee, reporting directly to Director General Greg Dyke. The new media division consists of interactive television, BBC Online and a new research and development department called Imagineering, which has been rolled out over the past two months.

BBC Online is an incredible achievement and the advances made in interactive services are very exciting. I hope my experience, combined with the power of the BBC brand, will be an unbeatable combination.

What's this? This is an unbiased just-the-facts news timeline ('newsline') about BBC, created by Newslines contributors. Make it grow it by finding and summarising news. Learn more