What's this? This is an unbiased just-the-facts news summary about Beyonce Knowles, extracted from the original article by Newslines' contributors. To see the newsline of each topic, click the links below. Learn more 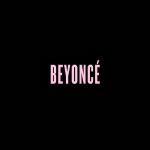 Beyoncé releases a surprise self-titled album. The record is a “visual album” meaning each of the 14-tracks on the album are accompanied by their own music video. Pitchfork reports the track list includes collaborations with Jay-Z, Drake, Frank Ocean and daughter Blue Ivy.

Well it was many things, oh my God. It was so hard and I still ever single day I’ve gotten on my knees and thanked God that this happened. We went through a lot to keep it secret and to keep the surprise, because its something missing and its such a joy, I was able to experience growing up. And I really, really wanted to surprise people and for them to just hear the art in it and not be about the hype and the promotion. We actually did it.