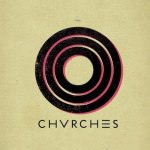 Chvrches release their single Gun. The single will be featured on their upcoming album. Lauren Mayberry:

The song isn’t really about guns per say. There’s a Scottish phrase where if someone’s a total ball-breaker, then it’s like, “she’s a total gun” and that’s what that is meant to mean.