It started as a random demo of a couple different ideas and ended up forming the song later on. 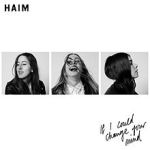 Haim releases their fifth single If I Could Change Your Mind. The single is on their record Days Are Gone and is a collaboration with writer and producer James Ford. Alana and Danielle : 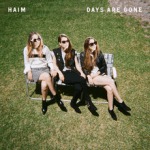 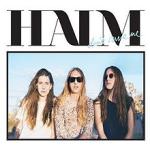 The group releases their single, Don’t Save Me. The single is on their debut album, Days Are Gone. The song is a collaboration between the band and producer James Ford.

(The song) is kind of up to you what it’s about. We wrote it around the time we got signed. We spent so long trying to get signed … and when we finally did there was all of this pressure and it was kind of like well is it or is it not?

HAIM - Don't Save Me (Official Audio) 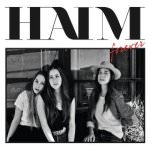 Haim releases their debut single, Forever. The single is a collaboration of all band members and producer Ludwig Göransson.

When you’re younger and you meet your first love you kind of see it as always being there and then realizing that is probably not going to be the one.

HAIM - Forever (Official Audio)
Do you love news? Help us add and summarize the world's news. Find out more