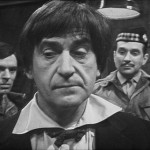 BBC Worldwide releases nine recordings from the 1960s featuring missing episodes of Doctor Who that were recovered in Nigeria, Africa.  11 episodes were discovered (nine of which were missing) by Phillip Morris, director of Television International Enterprises Archive, by the tracking records of overseas shipments made by the BBC containing tapes for transmission. The episodes were remastered and released for download on ITunes.