Hill releases her single, But I Will, from her album, Take Me As I Am.

We’ve been through a lot as a country throughout the years, and we’ve faced tremendous adversity.People are suffering, trying to make ends meet, and times are especially tough right now. The sentiment captures everything I think we all feel when we think about the American spirit.

Hill performs Little Drummer Boy on the CMA Country Christmas Special from her album Joy To The World.

It’s such a great song, so well written – a beautiful lyric and sentiment – combined with a driving musical undertone and instrumentation. I’m really excited for fans of country radio to hear the song.

Hill performs her single, Come Home, at the  2011 CMA Awards. Hill prior to her performance:

First time in five years that I’ve performed at the CMAs, so I am beyond psyched. I just had rehearsal yesterday and it felt great. 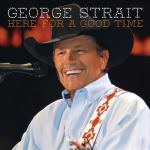 Strait’s 39th album is released by MCA Nashville.  Strait works with Bubba Strait, his son, and Jesse Winchester to compose some of the songs.  Album includes a duet with Faith Hill. Hill appears on the cove of People to share her plans over the Christmas holiday with her family. On holidays while growing up:

When I was growing up in Mississippi, we did a lot of caroling. You’d meet at someone’s house, drink hot chocolate, sing and come back to watch movies. It was simple, good, clean fun. Hill appears on the cover of People to discusses being an artist for 15 years and why she will never split from her husband. The Youtube video that almost made her quit singing:

She was making fun of herself and it came out completely out of context. She is such a good person, one of the people in the industry who has gone out of her way to support other women. It really hurt her that people would be so quick to think something bad.

Hill releases her single, Red Umbrella, from her album, The Hits. The song is debuted on the Ellen DeGeneres Show:

It’s nerve racking to perform a new song on television. But we added Red Umbrella to the set for the last three Soul2Soul dates and the fans reaction was fantastic. So at least that gives me a bit of comfort. Fact is that it has the ingredients of any great song – it’s cleverly crafted, and its message is sincere.

Hill releases her single,The Lucky One, from her album, Fireflies.

Poor Faith. She totally got the song, she told me, the first time she heard it. And I was so happy that she did. But a lot of people don’t get the song, and I think it’s because maybe they read in too much to it. But basically, Stealing Kisses, is like just a page from my little town here, as far as the cop in the beginning, I just remember when we were kids and we’d be drinking a 6-pack at the end of some dead end street somewhere, and the cops would come and they’d take your beer and send you home. And they sort of wink at you, like ‘Hey, see you tomorrow night’ on the next street over.’ It’s just like these towny things that we all experience growing up here, and I’m sure it happens in a lot of towns. And then that girl being married to that boy and finding herself just lonely. I don’t actually mention the kids in that song, but one of the things that I found so striking as I got older and as I had my kids is – I live in a little tiny house, and we have 5 children, and you can still feel lonely. I always say ‘I don’t even go to the bathroom by myself sometimes, because there’s a 2-year-old following me around.’ But you still somehow have that disadvantage of feeling lonely sometimes. And I’ve had conversations with my neighbors, and my friends who are moms, who are sort of experiencing the same things. So the song is really just that big example, a specific example of that loneliness you could feel even though you’re with somebody.

Hill releases her single, Mississippi Girl, from her album, Fireflies.

Hill releases her single, Cry, from her album with the same name.The song is written by Angie Aparo. 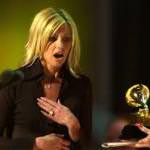 Hill releases her single, The Way You Love Me, from her album, Breathe.

Hill releases her single, Breathe, from her album with the same name. The song becomes the No.1 Pop airplay song of 2000.

Hill releases her single, The Secret Of Life, from her album, Faith.The song is written and first recorded by singer/songwriter Gretchen Peters. Peters:

I usually introduce this song, ‘What if the Dalai Lama were a bartender?’. It started as a little bit of nothing, really. I had a little bit of success with songs like Let That Pony Run, and Independence Day, a lot of what people in Nashville call ‘Women’s Songs,’ which is a term that just makes my skin crawl. But songs from the point of view of women, whatever. I bristled a little bit at that, and I thought, I’ve spent like 10 years playing bars, hanging around guys. I know a thing or two about men. So that’s how that song started. I just started with this sort of riffing on this ‘Couple of guys sitting around drinking’ kind of line. And it marched into sort of barroom philosophy at that point. I think my favorite line in that song is ‘The secret of life, try not to hurry, but don’t wait.’ I love that sort of Zen-ness of all that. And once I sort of had my sights on that, I knew what I wanted to do, and it was just not that hard to write. It was just all about mostly listing things that to me really are the secret of life. The overall sentiment in the song is: it’s moments. It’s just moments, that’s all it is. It’s not one big thing, it’s not a self-help book, it’s not in a self-help book, it’s just moments, and they come and they go, and the trick is knowing you’re happy when you’re happy, and being in the moment. It’s very Zen, really, the whole message in that song.

Hill releases her single, This Kiss, from her album, Faith. The video for the single earns a Video of the Year honor from the CMA.

Hill releases her single, It Matters To Me, from her album with the same name.

Hill releases her single, You Can’t Lose Me, from her album, It Matters To Me.

Hill releases her single, Take Me As I Am, from her album with the same name.

Hill releases her single, Wild One, from her album, Take Me As I Am. This is Hill’s debut single and her first No.1 hit on the Billboard Hot Country Charts.

What's this? This is an unbiased just-the-facts news timeline ('newsline') about Faith Hill, created by Newslines' contributors. Help us grow it by finding and summarising news. Learn more