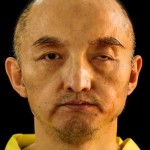 Islamic State claims it has taken Grimsgaard-Ofstad, a Norwegian, and Fan, a freelance consultant from Beijing, hostage. The Dabiq online magazine posts photos of the men wearing yellow prison outfits, but does not say where or when they were captured. The magazine lists a telegram number for:

whoever would like to pay the ransom for his release and transfer.

Norwegian Prime Minister Solberg says Grimsgaard-Ofstad was captured at the end of January.

The kidnappers have presented a series of demands and significant amounts of ransom money,. We cannot give in and won’t give in to pressure from terrorists and criminals. Norway does not pay ransom…Our goal is to get our citizen home. But let me be very clear, this is a very demanding case.

Chinese officials could not immediately be reached for comment.

The Chinese government strongly condemns this savage act devoid of humanity and will certainly bring the criminals to justice. The Chinese government will resolutely oppose all forms of terrorism, and resolutely strike at any violent terrorist criminal activities that defy the bottom lines of human culture. China will continue to strengthen anti-terrorism cooperation with the international community to maintain peace and tranquility in the world.

What's this? This is an unbiased just-the-facts news timeline ('newsline') about Fan Jinghui, created by Newslines' contributors. Help us grow it by finding and summarising news. Learn more