Ritchie, who launched the career of Jason Statham in films like Lock, Stock and Two Smoking Barrels and Snatch, says he sees the same confidence in McGregor that he spotted in Statham — now one of Hollywood’s top action stars.

Like Jason Statham, [McGregor] is an athlete, completely on his game all the time, look where he’s at now. And you can see that similarity in Conor, he could clean up in Hollywood.

Ritchie, who is a Brazilian Jiu-Jitsu black belt under Renzo Gracie, says he tried to persuade McGregor to take a part in King Arthur, though McGregor declined due to training commitments.

We even went after him for a part in the movie but he wasn’t having any of it. Was training for a fight at the time, couldn’t take his attention away from that. But you can see in his presence, in his demeanour, he’s got that swagger, that real appealing cockiness. It’s an unmistakable spark…Preparing for the action scenes, we watched a lot of McGregor fight footage because his style was what we were after. That very intense, singular, lightning fast, juggernaut trademark technique was perfect and we modeled Arthur’s physicality on that. 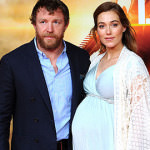 Ritchie and Ainsley are expecting their third child together. This will be the fifth child for Ritchie. They’re over the moon in love.

Ainsley and Ritchie are expecting their second child together. Ainsley showed off her baby bump at The Dark Knight Rises premiere in London. 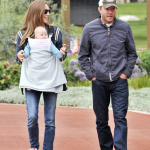 Ritchie and Ainsley welcomes their first child together, Rafael Ritchie, into the world. Ainsley gave birth via emergency cesarean in London. 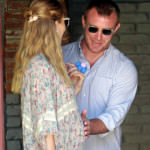 Ritchie and Ainsley are expecting their first child together. Ritchie is already a father of two children from previous relationships. 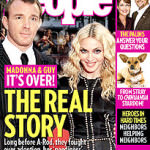 Madonna appears on the cover of People after fighting over adoption and separating from her husband.

Her neediness caught him by surprise. She’s used to being able to do the impossible. But she didn’t have superhuman powers to heal herself, and neither did Guy, and they both suffered for it.

Madonna and Ritchie are divorcing after seven and a half years of marriage. Their main concern are their children at this point. Rep:

Madonna and Guy Ritchie have agreed to divorce after seven-and-a-half years of marriage. They have both requested that the media maintain respect for their family at this difficult time. 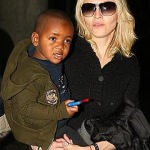 I am glad this is over now. I am happy for David.