Lundqvist and Letterman discuss his goalee career on The Late Show with David Letterman.

He did not score, thank God. 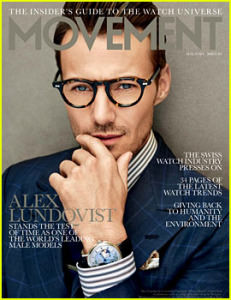 Lundqvist appears on the cover of the September 2014 issue of Movement magazine. He talks about being known for his positive attitude, thin male models, and moving into acting.

So many modelling shoots include video with a bit of acting these days, so the lines have become blurred between the two.