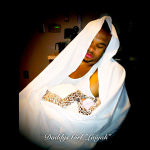 Monica and  Brown welcome daughter Laiyah Brown. This is their first child together. Both Monica and Brown have children from prior relationships.

THANK GOD for her!!! JOY has been restored in my LIFE!!!”

Monica and Brown are expecting a baby girl. Monica announced on Instagram that she was five months pregnant. Monica tweeted:

Monica performs Before You Walk Out My Life at the Sun Life Stadium from the album Miss Thang.

Monica and Brandy perform It All Belongs To Me on Good Morning America from the album New Life.

Monica performs Angel of Mine at the AOL Session from the album The Boy Is Mine.

Monica - Angel of Mine / So Gone Medley (AOL Sessions)

Monica and Brandy perform It All Belongs To Me on the Jay Leno show from the album New Life.

Williams sits with Monica for a one-on-one interview on her recent marriage to husband Shannon Brown , career and pregnancy rumors.

I’m very spiritual and I believe sometimes we have our own plan and God has another. So I had decided that it would just be me an my kids. Remember me explaining to you I’ll just be by myself? You know, I think sometimes I see a little to much, because of what I do I see what the men do when their wives are at home, the whole 9 yards. So I was like I’ll be alone, works for me. I already have kids. I go to work one day, I was shooting the Love All Over Me video. I go into the shoot and he walks in and of course he’s so easy on the eyes. 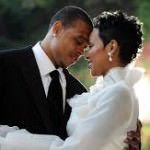 Monica and Brown marry in front of family and friends in Los Angeles at the Vibiana cathedral. Monica wears a Stephan Roland gown. Monica’s two sons and Shannon’s son arrive together in a  horse-drawn carriage. After the ceremony they asked everyone  to wear a different shades of blue.

We married six months ago and we did it without the families, so now we’re having a celebration of our union with all of our family from Chicago and Atlanta. 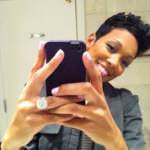 Brown proposes to Monica with a ten-carat diamond. On moving to fast:

We realize people will have their opinions. That’s the way of the world. But we know who we are & who’s we are. We pray 2 an awesome God 2gether. And that is what keeps us strong. So for all my real supporters who are happy for me. I thank u, I love u, & I’m realistic enough about life To know my journey has just begun. I don’t have anything else to say about it 2 people who judge. If u worked on self u wouldn’t even see me.

Monica and Brown start dating after she meets him on the set of her video, Love All Over Me. There are reports immediately after the couple started dating that labeled Monica as a home wrecker because Brown was suppose to marry his child’s mother.

I write this to set the record straight. Media deception makes unfair and false reports of the truth, and it does not bring out the best in ANYONE. Monica is my girlfriend, confidant and a strong successful women that has been though a lot herself but she is in no way, a home wrecker. As a parent, I understand that parenting requires a partnership with my sons mother however the relationship between us fizzled a long time ago. Thus, never leading up to seven years, engagement or even talks of marriage. As parents, we have to continue to raise our son, and as individuals we both deserve happiness. Thank you for the support and God Bless! -SB

Monica performs Everything To Me on Lopez Tonight from the album Still Standing.

Monica - Everything To Me LIVE on Lopez Tonight HQ

Monica and fiancee Rocko break up after being engaged for five years. The couple dated on and off for ten years. She sends a tweet:

Thank you everyone for all the love your sending. @Rocko4Real is a great father and we will continue to love and parent our children . The rest is a private matter between @Rocko4Real and I. He is a good person. We all make mistakes. Even separated we will always be family.

When I met him, I was only 19 years old and the good definitely outweighed the bad over the years so we don’t have any hard feelings towards one another,” said Monica. “Anything that involves children is gonna be more emotional. I think that’s the area that makes it more difficult… My priority is to make sure that whatever is done is best for them. I’m secondary in the picture and so is their dad and we have a close bond for over a decade. So regardless of what takes place in the media, there’s still certain things that will happen amongst the four of us for the rest of our lives and that’s just never gonna change.

Monica and Cole performs Trust at the BET Awards from the album A Different Me.

Monica performs The First Night at the Soul Train Music Awards from the album The Boy is Mine.

Monica performs Don’t Take It Personal at the Soul Train Awards from the album Miss Thang.

Monica - "Don't Take It Personal" Live (1995)
Do you love news? Help us add and summarize the world's news. Find out more