Dayan dies of heart problems in Tel Aviv at Sheba Medical Center. He is taken to the hospital around midnight due to chest pains and shortness of breath. Dayan is survived by his wife, two sons and a daughter and five grandchildren. He is buried in in Nahalal, the settlement where he was raised. 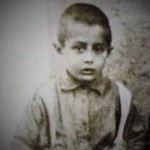 Moshe Dayan is born in Palestine, Ottoman Empire, near the shores of Lake Kinneret at Kibbutz Degania Alefin. His parents Shmuel and Devorah Dayan are Jewish immigrants couple from the Ukraine. The family later move to Nahalal, a settlement in northern Israel. He has a younger brother and sister. He is educated at the Agricultural School in Nahalal. He is named for Moshe Barsky a family friend murdered by a hostile Arab faction. Friend:

Moshe inherited with his very name at birth a direct association with the struggle between Jews and Arabs that would characterize the rest of his life.