The Mt. Gox website goes offline with no explanation. The Company’s Tokyo office is empty and a handful of protesters remain outside. Karpeles tells Reuters in an email:

We should have an official announcement ready soon-ish. We are currently at a turning point for the business. I can’t tell much more for now as this also involves other parties. 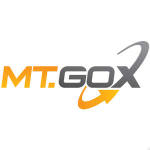 Karpeles buys Mt. Gox from an unemployed software hacker named Jed McCaleb.  Before the site started trading in Bitcoins, it was an online marketplace where people could buy and sell cards for the Magic: The Gathering trading card game. Mt. Gox  is short for “Magic: The Gathering Online Exchange” McCaleb, nervous about regulatory scrutiny on bitcoin, wanted rid of the exchange and sold it to Karpeles in for no upfront fee, people with knowledge of the deal said. Karpeles told others he had later paid McCaleb a small fee, calling it “a very good deal”. 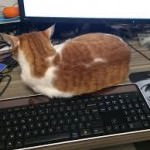 Mark Karpeles incorporates Tibanne, a Japanese corporation, based in Shibuya, Tokyo. The company is named after his cat, which was named by Karpeles’ grandmother.