VH1 cancels the plan for revival of The Osbournes. VH1 executive vice president:

We are no longer talking to the Osbournes about a series. That’s not going to happen. We wish we could have worked it out, but it just didn’t come together for us… The family has been absolutely lovely and we wish them the best. We’d love to figure out a way to work with them at some point in the future. 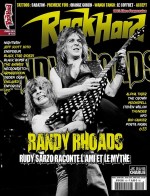 Osbourne appears on the cover of the February 2015 issue of Rock Hard Magazine.

The singer appears on the cover of November 2014 issue of Burnn! Magazine.

Esquire interviews Osbourne about being back with Black Sabbath and putting his solo career on hold.

I’m not one of these guys to do my solo stuff one night and Black Sabbath the next. I can’t do that, you know. It’s too much to handle. So with the Black Sabbath thing, the record company wants us to do one more record, and we’ve decided to do one more tour, and at the end of the tour we just disband and I go back to doing my solo stuff. And that’s why I released Memoirs of a Madman, to let people out there know I’m still functioning as a solo artist.

Osbourne appears on the cover of the October 2014 issue of  Kerrang magazine.

Ozzy Osbourne Presents: Through The K!eyhole

Butler, Iommi, and Osborne are Grammy nominees for Best Rock Song for God Is Dead? Osborne:

We are ecstatic, surprised and very happy!

Osbourne appears on the cover of the December 2013 issue of NME magazine.

My dogs are going crazy, I love them all The band appears on the cover of the August 2013 issue of Classic Rock Magazine. 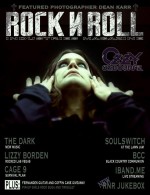 Osbourne appears on the cover of the September 2011 issue of Rock And Roll Industries Magazine.

Osbourne appears on the cover of the July 2002 issue of the Rolling Stone magazine.

Osborne is honored with a star on the Hollywood Walk of Fame. He attends an unveiling ceremony in Los Angeles to receive his star alongside fellow inductees Tom Cruise, Julie Andrews, Steve McQueen, Sidney Poitier, and Dudley Moore.

To say that this is an honor is not enough.

Ozzy gets his star on the Walk of Fame

Osbourne wins the Grammy for Best Metal Performance With Vocal for I Don’t Want To Change The World. Wilde, Osbourne appears on the cover of a June 1999 issue of Young Guitar magazine.