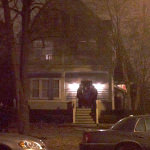 son Zach for his cell phone across the street from the family home on the North side of Chicago. His injuries include a chipped tooth and bruised, swollen mouth. The suspects fled the scene.

Emanuel names Nicholas J. Schuler, previously deputy inspector general for schools and the department’s interim chief officer since July 1, the new inspector general to the Chicago Board of Education. Schuler’s term runs till the end of June 2018.

I’m pleased by the vote of confidence from the mayor and the board, and I look forward to continuing the great work of this office. 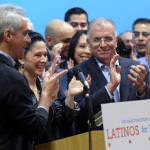 ches his reelection campaign with a rally held at Cinespace Film Studios. His campaign vows include bringing high-speed Internet to every neighborhood, investing in transportation by rebuilding the CTA’s Blue Line and the North side stretch of the Red Line and rebuilding playgrounds throughout the city.

Garcia launches his campaign for mayor of Chicago at a rally held at the Alhambra Palace Restaurant, taking an opportunity to comment on Rahm Emanuel closing 50 schools.

That’s the difference between me and the present administration. We believe in opening schools up. 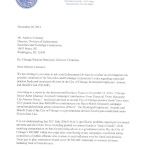 We believe that the pay to play actions have violated the public trust and are a breach of fiduciary duty.

Chicago needs a mayor who has the moral courage to do what’s right for all of the city. That is why I’m throwing my full support behind Jesus ‘Chuy’ Garcia. Chuy is a committed and effective public servant and has been for the last 30 years. Chuy is a consensus builder and a man of the people.

Emanuel introduces a plan to the City Council to gradually increase the minimum wage in Chicago to $13 an hour by 2019, impacting more than 400,000 workers.

What's this? This is an unbiased just-the-facts news timeline ('newsline') about Rahm Emanuel, created by Newslines contributors. Make it grow it by finding and summarising news. Learn more