Started substance use after breakup 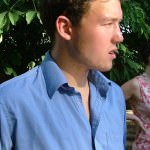 The Daily Mail reports that Jutting was a member of the Cambridge rowing club and was a cross-country runner at Winchester College, but began heavy drug and alcohol use after a relationship breakup with a fellow City trader, Sarah Butt, who he met in 2010. She is reported to have moved to New York to work for Goldman Sachs, and kissed another man, which Jutting considered to be an affair. It publishes photos from his Cambridge days showing a slim, tanned Jutting, and cites sources as saying that substance use left him overweight, aggressive, and behaving ‘like a zombie’.