Carter is interviewed by Lane at TechCrunch Disrupt. He says that artists’ complaints about streaming revenues are flawed, because the only alternative to streaming services is piracy or having someone listen to the song on YouTube for free. He says artists to be patient, and said that streaming is a numbers game.

Once everyone is converted to services like Spotify, the economics will make a lot more sense.

However, he says that labels are not paying artists Spotify royalties.

Spotify came in and did a presentation for us, maybe about a couple of months ago, and our clients made a significant amount of income from Spotify. Well, let’s rephrase that: the labels made a significant amount of money off of Spotify that didn’t match up to the artist royalty statements that the artists received. So, Spotify is paying out a lot of money, it’s just not finding its way into the hands of the artists.

He also says that while Silicon Valley’s ecosystem eventually needs to open up:

TechCrunch announces that Carter will participate in a live on-stage interview at Disrupt SF 2015 on September 21st-23rd at San Francisco’s Pier 70. It will be Carter’s second appearance at the conference.

Hoover talks about what Product Hunt is and what the future holds for the site.

At its core it’s a very simple product and within it we’ve created this community of people who are very passionate about products.

A guy like you shouldn’t even have a car.

I haven’t driven in a while.

Arrington talks onstage at Disrupt NY with the show’s creators, Judge and Berg, and cast members Middleditch and Miller about parody, real Silicon Valley cameos, and research for the show. Miller:

I think I saw Peter Dinklage, but it was just Tom walking around on his knees

In an on-stage interview at the Techcrunch Disrupt conference, Carter says terrestrial radio is due for disruption:

I think the opening right now is really figuring out terrestrial radio, specifically in America..People still get in the car, for the most part, and they turn on the radio [to] the local station. I think it’s going to be interesting when you can get in your car, turn on the radio turn on the station and you’re listening to a 17 year-old kid in Russia or you’re listening to a 22 year-old kid in his dorm room in Germany. But I think radio’s going to be a real disruption.

He also says the music industry must adapt to change:

Calacanis sues Arrington, claiming that he contributed to creating TechCrunch 50, which he says was rebranded as TechCrunch Disrupt, but that he was never paid for the sale of the brand to AOL.

Arrington responds to an alleged threat of legal action by Calacanis over the proceeds of the TechCrunch Disrupt sale to AOL. He says that the event – when it was known as TechCrunch 50 – had productive years in 2007 and 2008 when it was first competing with the paid events like Demo but that it became apparent Calacanis wasn’t putting in as much as TechCrunch despite the 50-50 profit split. He also wasn’t approving some expenses, forcing TechCrunch to either sue him or take the hit – it chose the second option. Reportedly Calacanis became abusive on a phone call and made a TechCrunch employee cry. Arrington:

And his most shining moment – he got so drunk the night before the last day of the 2008 conference that he couldn’t show up to be on stage until hours after the event started.

Arrington says he still considers Calacanis a friend but that all efforts to work with him – including offering 10% of TechCrunch and a board seat – have failed. 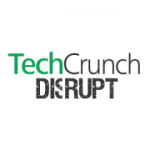 Arrington and Calacanis announce the conference, which is designed to allow startups to demonstrate their product for free.

Jason and I are going to do something a lot different than the pay-to-demo model. The TechCrunch20 conference will be a two day event, held this fall (more details soon), where twenty hot startups will demo their new products—and they don’t pay a dime to do this.