Holmes appears on the cover of the August 2011 issue of Vogue Espana. She wears the Lanvin Fall 2011 collection and is photographed by Tom Munro. 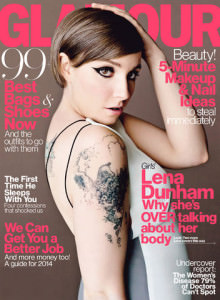 Dunham appears on the cover of the April 2014 issue of Glamour magazine. The cover photo ia taken by Tom Munro and styled by Katie Mossman. Dunham talks about her future acting career.

I don’t know if I’m going to want to act anymore. I’m always relieved on the days I don’t have to. I’d rather give parts to other women than be the woman having the parts. 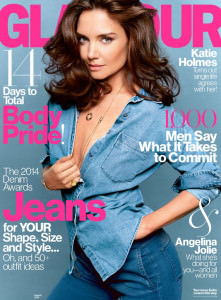 Holmes appears on the cover of the August 2014 issue of Glamour magazine. She talks about working on The Giver. The cover photo is taken by Munro.

Being in a movie with Meryl Streep was a huge dream come true. When the cameras rolled, she was spot-on and such a pro. It was just a thrill to walk on set with her.