Braxton discusses her career and memoir, Unbreak My Heart, in this interview for PBS.

I didn’t figure it out. I just said I’m just going to write what I feel and I talked to my mom about it. Because a lot of it is my parental situations for me. It’s not as much about my sisters and my siblings. I’m being raised the way I was raised, a PK, a preacher’s kid and the guilt you always feel associated with religion and trying to find your own way. It’s kind of challenging to find your own way because you’re bogged down with – it’s a sin to do that, so it’s hard to differentiate what’s real for you, your own reality.

Braxton and Babyface performs Where Did We Go Wrong at Good Morning America from the album Love, Marriage, Divorce.

Braxton and Babyface perform Hurt You on The Steve Harvey Show for the album Love, Marriage, Divorce.

Braxton and Babyface perform Hurt You, from their album Love,Marriage and Divorce on The Arsenio Hall Show in Los Angeles, California.

Hall interviews Braxton and Babyface on The Arsenio Hall Show. They talk about Babyface’s first meeting with Braxton, Braxton’s wardrobe malfunction on earlier show and Braxton’s return to working with Babyface after personal issues. They also talk about their album Love,Marriage and Divorce. Braxton:

I think that whether you’ve ever been in a relationship whether you’ve been married or not you can identify with having your heart broken and sometimes you hurt people. And we wanted the album to be about love. So not everything’s about divorce. Kenny’s favorite part is love and marriage.

I am done. I’m quitting singing. Well I have to do shows here and there. But I’m not going to do any more albums. But I won’t tour a lot. Not a lot. Just sparingly. Touring makes it a health reason why I’m done. But I have fallen out of love with it. It’s weird. I don’t know what to say when I hear songs. They don’t impact me, they don’t make me feel engrossed any more.

Braxton performs Breathe Again at the Grammy Awards from the album Toni Braxton.

Toni Braxton performs Make My Heart on The Wendy Williams Show to promote her album, Pulse. 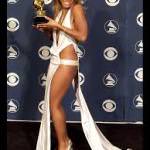 Braxton performs You Mean the World To Me at the MTV Music Awards from album Toni Braxton.

I have to thank God, thank you Jesus.

Babyface and Toni Braxton perform Give You My Heart on The Arsenio Hall Show in Los Angeles, California.

What's this? This is an unbiased just-the-facts news timeline ('newsline') about Toni Braxton, created by Newslines' contributors. Help us grow it by finding and summarising news. Learn more