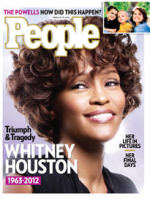 Houston appears on the cover of People after dying of an alcohol and drug mixture. Her mother, Cissy Houston, recalls her singing as a child.

She would be down in the basement singing, screaming at the top of her voice. Her father would say, ‘Can’t you do something about that girl, about that screaming?’ And I would say, Maybe one day it will develop her voice.

Houston is last seen alive by her personal assistant at 3pm.. At 3:43 pm a 911 call by a security officer of the Beverly Hilton informs police that a woman is facedown in the tub. Houston has drowned in the bathtub. A small spoon with a white crystal like substance in it and a rolled-up piece of white paper are found in the bathroom where Houston died. Such items are used to snort cocaine. Houston’s sister in law, Pat Houston stated that she was concerned with Houston’s behavior two nights before but she didn’t think Houston was abusing drugs in her final days. Police later discovered that Houston had signs of drug use in her body. Police:

There were no obvious signs of any criminal intent at this time. To me, a sudden drop-off in the Xanax level, a drop-off in your alcohol consumption, add cocaine, that’s a recipe for a seizure. Somebody who’s now upside down in a bathtub could easily seize and drown.

Houston is survived by her daughter Bobbi Kristina by ex husband Bobby Brown.

Houston performs I Wana Dance With Somebody on Dancing With The Stars to promote her album Whitney.

Houston performs I Didn’t Know My Own Strength at the American Music Awards from her album I Look To You.

Houston files for divorce from her husband in Orange County after 14 years together. Houston also files for custody of their 13 year old daughter Bobbi Kristina. Brown:

Houston performs It’s Not Right but It’s Okay at the Grammy Awards from the album Whitney.

Houston and Carey performs When You Believe at the Academy Awards from the album The Prince of Egypt.

Houston performs Why Does It Hurt So Bad at the MTV Music Awards from the album Love Whitney.

Houston plays Savannah in the movie Waiting To Exhale alongside co-stars Robin Givens, Lela Rochon, and Loretta Devine. Savannah and her friends are on a quest to find love and they are not going to settle for less than what they deserve.

I was working with some of the greatest people including Forest Whittaker and Angela Bassett. And here I am the newcomer as a singer turned actress.

Houston performs Joy To The World at Ebony’s Magazine 50th anniversary from the album One Wish: The Holiday Album. 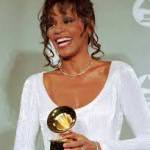 Houston wins the Grammy for Best Pop Vocal Performance, Female and Record of the Year for I Will Always Love You, and Album Of The Year for The Bodyguard – Original Soundtrack Album.

Houston performs I have Nothing at the Billboard Awards from the album The Bodyguard.

Houston plays a successful singer in the movie Bodyguard alongside Kevin Costner. Costner is hired to protect Houston after learning she has a stalker. Costner later learns that a hit has been put out of his clients life. He must find the killer before he finds them. Co-starring Ralph Waite and Bill Cobbs. Costner:

I wanted Whitney Houston to play this role because she could sing. 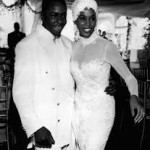 Houston marries Brown in front of 800 people wearing all white. Houston wears a $40,000 dress made of French lace and has the reception party decorated in purple, her favorite color.

I was a nervous wreck, I cried during the ceremony, but I’ve been ecstatic ever since. Bobby is crazy.

Houston performs I Wanna Dance with Somebody at Arista’s 15th anniversary from the album Whitney.

Houston and Brown perform Something in Common at the Soul Train Music Awards from the album Bobby.

Houston performs My Name Is Not Susan at the American Music Awards from the album I’m Your Baby Tonight.

Houston performs All The Man I Need at the Welcome Home Hero’s Concert from the album I’m Your Baby Tonight.

Houston performs The Star Spangled Banner at the Tampa Stadium for Superbowl XXV.

Houston is interviewed by Hall on The Arsenio Hall Show. They talk about how Hall is having her baby and how proud she is of Hall on his birthday.

I don’t know why you don’t just tell them the truth I mean, tell them that I’m having your baby.

Houston is interviewed by Hall on The Arsenio Hall Show. After her performance of I’m Your Baby Tonight and she is joined by Barr for an interview. They talk about her nickname, Nippy, and her relationship with Luther Vandross.

Luther and I go way back. I’ve known Luther since I was about thirteen years old and my Mom kinda like took him as her son.

Pebbles is interviewed by Hall along with Babyface and Houston on The Arsenio Hall Show. They talk about creating videos on Friday nights and interviewing each other. Pebbles comments:

This is my homegirl see and the thing about was that Whitney told me my skirt was a little short and she would be the first to tell me about it.

BeBe and CiCi Winans performs I’m lost without you along with Whitney Houston on The Arsenio Hall Show in Los Angeles, California. Houston wins the Grammy for Best Pop Vocal Performance, Female for I Wanna Dance With Somebody (Who Loves Me).

Houston performs Where Do Broken Hearts Go at the American Music Awards from the album Whitney.

Houston performs How Will I Know at the Montreux Festival from the album Whitney Houston.

Houston performs The Greatest Love of All at the Grammy Awards from album Whitney Houston. 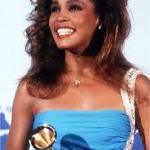 Houston wins the Grammy for Best Pop Vocal Performance, Female for Saving All My Love For You.

Houston performs You Give Good Love on The Tonight Show Starring Johnny Carson from her self titled album Whitney Houston.

Houston makes her television debut with a performance of Home on The Merv Griffin Show from the musical The Wiz. 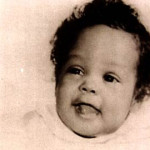 In our back yard we had this massive pool, and I would go to the bottom of the pool and I would sing, because it had great acoustics.

What's this? This is an unbiased just-the-facts news timeline ('newsline') about Whitney Houston, created by Newslines contributors. Make it grow it by finding and summarising news. Learn more