What's this? This is an unbiased just-the-facts news summary about Aaron Swartz, Carmen Oritz, extracted from the original article by Newslines' contributors. To see the newsline of each topic, click the links below. Learn more 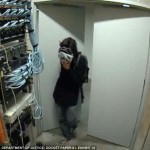 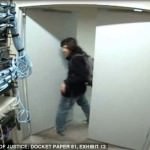 Swartz is charged by U.S. Attorney for Massachusetts with wire fraud, computer fraud, unlawfully obtaining information from a protected computer, and recklessly damaging a protected computer, in relation to downloading 4.8 million articles worth $1.5 million dollars and other documents — nearly the entire library — of JSTOR, a nonprofit online service for distributing scholarly articles online. Swartz faces up to 35 years in prison and $1 million in fines. United States attorney, Carmen M. Ortiz, said:

Stealing is stealing, whether you use a computer command or a crowbar, and whether you take documents, data or dollars. It is equally harmful to the victim whether you sell what you have stolen or give it away.

According to the indictment, in September of 2010, Swartz used several methods to grab articles, including using a program called keepgrabbing.py and breaking into a computer-wiring closet on the M.I.T. campus and setting up a laptop with a false identity on the school network for free JSTOR access under the name Gary Host — or when shortened for the e-mail address, “ghost.”

Swartz is accused of repeatedly spoofing the MAC address — an identifier that is usually static — of his computer after MIT blocked his computer based on that number. The grand jury indictment also notes that Swartz didn’t provide a real e-mail address when registering on the network.

When retrieving the computer, he hid his face behind a bicycle helmet, peeking out through the ventilation holes. The flood of downloads was so great that it crashed some JSTOR servers, the indictment stated, and JSTOR blocked access to the network from M.I.T. and its users for several days.

Swartz returned the hard drives containing the articles to JSTOR and promised that the material would not be disseminated. JSTOR did not pursue charges but referred the case to the United States Attorney’s Office. Swartz surrenders to authorities the same day, pleading not guilty on all accounts, and is released on $100,000 bail.