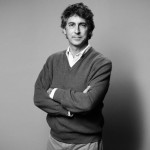 Payne gives an interview to The Talks. He discusses seeing bad movies, whether he always wanted to be a director, and how he decides when an idea should be a film.

Did you ever see my film Election? It’s set in a high school with Matthew Broderick. I basically made that whole film for two reasons. One was that I liked the formal challenge of having multiple voiceovers – it has four people telling you the plot of the film in voiceover. But secondly, it has this one shot, and that shot so cracked me up that I wanted to have a whole film just for it.