What's this? This is an unbiased just-the-facts news summary about Amy Winehouse, extracted from the original article by Newslines' contributors. To see the newsline of each topic, click the links below. Learn more 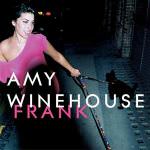 Amy Winehouse releases debut album, Frank on Island Records. Produced by Salaam Remi, the majority of the songs are co-written by Winehouse. The album is a mix of jazz, pop, soul, and hip-hop. Singles from the album include “In my bed”, “You sent me flying” and “Help yourself”. Aside from being critically acclaimed, the album is nominated for various awards.