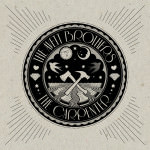 The band releases its seventh full length studio album. ‘The album, the second produced by Rubin, is voted by Rolling Stone Magazine as #41 of the 50 best albums of 2012. Rubin says:

The Avett Brothers transcend any genre… the band’s songs are influenced by bluegrass, country, folk, and even punk.