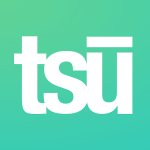 There are many things to consider when building a revenue-share system, from the payout percentages, to the amount each contributor should earn for different actions. As part of my research into different systems, I came across Tsu (http://tsu.co), which is a clone of Facebook, where you get paid for posting and sharing. I had actually thought that a revenue-share Facebook would be a good idea. Now I’m not so sure.

Please note that this post is not an attempt to convince Tsu contributors to come to Newslines. Newslines contributors have to do specific newsgathering tasks to generate income on the system, and while I have concerns about the model, Tsu remains an experiment worth watching.

Show me the money

Tsu shares 90% of revenues, split 45% between payments users receive for creating and sharing posts, with the other 45% going to earnings based on the earnings of friends and friends-of-friends invited into the network — a big incentive to grow the site. Since October 2014, Tsu has added over one million registered users.

There’s just one big problem: It appears that no one is making any money. Google and forum searches reveal a pitiful lack of payment and low earnings. I  was also surprised that Tsu’s earnings reports are private, meaning earnings reports are second-hand and anecdotal. Sure, some people are making $1 a day, and while that is $360 a year, is the amount of effort worth it?

As I looked more deeply at the site I noticed several issues that make it extremely difficult for ordinary users to make substantial money on Tsu.

Like everyone else, my Facebook feed has news from friends (a recent engagement and wedding), plenty of pictures of cats, some viral videos, motivational quotes (you know who you are!) and some political commentary (curse you!). I also subscribe to various fan pages for bands an TV shows (Forever) and some local businesses. Here’s the truth though:

Your friends are not that interesting, and neither are you

I lead a fairly interesting life, I live in a foreign country, have loads of friends from all over the world, have a couple of kids, run a cool Internet startup, and watch a ton of movies and TV. You’d think I’d have a lot to say. I don’t. I write a couple of blog posts a month if I’m lucky, and I post to Facebook at most twice a day. Most days I don’t post anything. I have 350 people on my Facebook feed. None of them posts more than five posts a day. Most post every few days. Many never post.

When a friend posts on Facebook you assume that it is because they genuinely thought their comment is funny or interesting. They know that if they post too much crap they will be blocked or even defriended, which will impact on their real-life relationship. The trend is to post good stuff infrequently.

However, on Tsu, because the more you post the more you earn, the trend is to post low-quality posts frequently. Feedspam on Facebook is bad enough when it is not incentivized, but Tsu users tolerate it because they are all doing it too. “Let’s get rich spamming each other” is the opposite of being social, and certainly doesn’t fit the ethos of a social network.

But Tsu users are more interested in the money than the relationship, so they rationalize that more content is better content. This is no surprise because most people joined the system because they are interested in making money.

When everyone is a contributor no-one can make any money. On Tsu there are too many people chasing too little revenue. As more people join, the site’s revenues may increase, but they will be divided between more people. Let’s say Tsu is doing well, has two million users and has earnings of $2 million/month. Even if it distributes 90% of that revenue it still means that each user is getting only $0.90/month.

Compare this to a site like YouTube where the number of people uploading videos (in fact the number of people uploading videos that become popular) is much, much less. Let’s say that there are 1000 popular videos on YouTube in a month. With the same $2 million revenue on a 45% share, the site generates $900,000 divided by the 1000 uploaders, or $90 per person. Which system would you rather be in?

Everyone has heard stories about the lucky few whose viral YouTube video earned them a fat check. However, the real money in YouTube is in building a channel. There are many channels with millions of subscribers and many millions of dollars is being distributed by YouTube to the creators. But in Tsu’s case, not only is the content not that interesting, almost all of the content is short-term and disposable:

There is a big difference between earning and being paid. The high threshold means that most people will not get payouts at all. I have seen a few reports of people getting handwritten $100 checks, such as that of Kevin Hinkle, who is one of the highest-paid people on the site. There is no reason not to have a lower payment threshold and there is no reason not to pay with PayPal, especially when the person receiving the payment takes the transfer fee. For example, since May 2014, we paid out $26,000 in payments, all through PayPal to hundreds of contributors (and we actually paid the transfer fees).

In the meantime, Tsu users are rationalizing the lack of income, with many pointing out that earning $1 a day is better than earning nothing on Facebook. But there are two parts to the cost of creating content: How much it costs you to create the content, and how much would you make if you did something else?

This should be obvious: No-one will pay you for work that doesn’t take extra effort, and if you don’t make extra effort you won’t get paid. Tsu attracts those who think they can get rich doing nothing, but actually demands that its users do a ton of unpaid work. It’s ironic: at least Facebook contributors know they are working for free.

So you’re not making money. Will you stay in the system? When users realize that they’re left with a spammy clone of Facebook that doesn’t have their Facebook friends, what’s the incentive to stop them going back to Facebook? If Tsu offered a new way to organize the feed or better ways for companies to engage readers then it could retain users even if they weren’t being paid. This is something we have to consider deeply at Newslines, as we build in more social features.

It seems that Tsu’s owners realized that a lower revenue-share percentage would not enable contributors to earn money, so they pushed it up to 90%. But, as Amanda Blaine points out, you simply cannot run a business with only 10% of revenues. This may explain the high payment threshold of $100, so that hardly anyone ever gets paid.

Once the honeymoon is over, and people realize that, because of all the spammy posts, they cannot convince their friends to come over from Facebook, and that they are working for pennies, the number of participants will drop (it seems to already have peaked on Alexa).

Remembering that the site took in $7 million in investor money, my feeling is that the business was made to be flipped to a large corporation who will buy Tsu for the millions of user details in its database. The investors get a big payday, and the contributors get pennies. If so, that’s not revenue share — it seems to be just another example of investors taking advantage of contributors.

At Newslines, we don’t think like that – we believe the people who help build the site should be treated like investors, who put in their time and effort, instead of money.

The best systems are those with little conflict between the reader and the writer and the owners. We should all have the same goal: to create great content that attracts readers and makes us money. Our contributors, by creating content that readers love, have the opportunity to build a portfolio of long-lasting content that can give significant long-term earnings. We can’t make everyone rich, so we have made it clear that only those who are willing to put in effort have the chance.

As for reporting, we think that everyone should be able to see what everyone else is earning.  You can go to any contributors’ profile and see their earnings. Even though this will make it more difficult to attract contributors while our earnings are low, we believe it builds trust when we can all see how much contributors are really earning.

Finally, there’s really no need for a high payout threshold. We will continue with our $20 payouts for this program.

We are all in it together. Let’s make a great site!