Why Vox is not “the next Wikipedia” 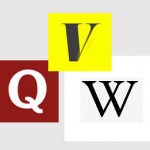 There’s been a lot of discussion this week about “the next Wikipedia”, with articles about Quora and Vox.

To be fair it appears that the journalists are making the comparison more than the site owners themselves. I’ve never been able to get into Quora, despite the thousands of “You have a new follower on Quora messages” I’ve received. Perhaps I enjoy my ignorance. However, as the founder of one of the world’s most popular news sites that you haven’t heard of, I am more interested in the hype surrounding Vox.

Vox is a poorly-designed liberal news site that adds background information to stories in the form of handy question and answer cards. It was started by Ezra Klein who left the Washington Post after Jeff Bezos refused to fund his new project (good call Jeff).

Where is the crowd?

The most glaring difference between Vox and Wikipedia is the complete lack of crowdsourced content. In fact, nothing in the site is crowdsourced. All the stories are written, selected and ordered by Klein’s team. Each card is written by a single person. There aren’t even any reader comments. It’s old media pretending to be new, like Mick Jagger wearing a Daft Punk helmet.

I counted less than a hundred cards. By comparison, Wikipedia has 650,000 biographies.  Unless Vox eventually crowdsources the cards they will never be able to make enough of them. If they make cards on popular issues they will be drowned out by competition from all other news sites, and they don’t have enough resources to make the thousands of cards on smaller issues and less-well-known people that could actually get close to the top of less popular Google results. Crowdsourcing has other issues too, especially quality control.

All Wiki-wannabees want to get the coveted No. 1 position in Google search results. The top result gets 33% of the clicks, and can make or break fortunes.  It’s impossible for Vox’s cards to get to the top of Google’s search results because they are built on a Q&A format that fragments the topic so that readers are led, not to an article whose topic is, say, Obamacare, but a bunch of questions about Obamacare. The appropriate search term would then be “Obamacare questions” or “Obamacare answers”. Inconsistent presentation is also a problem in Wikipedia pages but they are already at the top of Google’s search results so it doesn’t matter so much.

The bias that dare not speak its name

Klein’s reputation as a liberal commentator has given him a lot of early press, but it also immediately cuts half the potential audience, if not more (I’m not sure the % liberal/conservative split in news readership but I suspect there is a bigger market for conservative news – if you can find a good link let me know in the comments). Whatever the case, he loses the conservatives straight away. Klein suffers from the same problems many liberal journalists have: 1) they don’t think they are biased (“Reality has a well-known liberal bias”) and 2) they think they know better than their readers (“The Smartest Thinkers”), and have a general condescension that alienates large segments of potential readership. Even Wikipedia with all its biases still manages to attract a bipartisan crowd.

Klein will soon find out that there is a big difference between being a journalist and being a publisher. My guess is that people will tire of Vox quickly and it will be bought/rescued by a larger news brand that wants an old-media team.  No doubt his buddies in the press will cheer whatever happens. I am happy to be proved wrong.

For a site to be considered as a successor to Wikipedia it must:

I’ll put my hat in the ring here: Newslines is our attempt to surpass Wikipedia. In a following post I will outline the many problems that Wikipedia has that Newslines solves.  Feel free to disagree in the comments.

In the meantime I would like you to help me build some Newslines. If you have a topic you’d like to make a timeline on — an Ezra Klein newsline perhaps, or one for the decline and fall of Vox — feel free to register and get started.