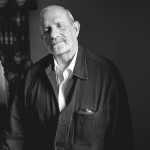 De Palma gives an interview to The Talks. He discusses violence in film, trying to get different ratings, and getting final cut.

We were very lucky in our generation. We got final cut. We were in the era of the director superstar. Very few directors have final cut today. Obviously Spielberg does and Scorsese, but there aren’t too many. And the new directors are constantly not getting final cut so you have to battle with the studios to make sure that they don’t alter your movie. You can’t make very controversial movies.